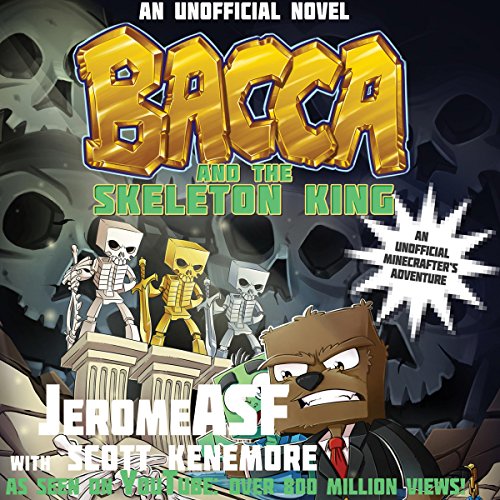 Bacca and the Skeleton King

Bacca is back! YouTube sensation JeromeASF's beloved character returns for a Minecrafter's adventure thousands of years in the making!

A massive zombies-versus-skeletons war has broken out in Minecraft, threatening to engulf and destroy the entire Overworld, and there's only one furry creature clever enough to stop it.

Always a great teacher of crafting, as the conflict breaks out Bacca is tutoring his first zombie student - a young crafter named Dug - and decides to take his pupil with him on this important quest. Together they discover that the skeletons have stolen an ancient sword from the zombies that has a powerful prophecy surrounding it, and the zombies will stop at nothing to get it back! The only problem is the skeletons say they never took it in the first place!

With hostilities building, Bacca and Dug must follow the clues and use their crafting skills to discover the true fate of the missing sword. From a coven of conniving witches to a giant wolf to the highest echelons of skeleton and zombie royalty, Bacca and Dug will encounter some of Minecraft's most memorable characters as they follow their noses ever closer to the missing sword.

What listeners say about Bacca and the Skeleton King

I listened to it for the third time