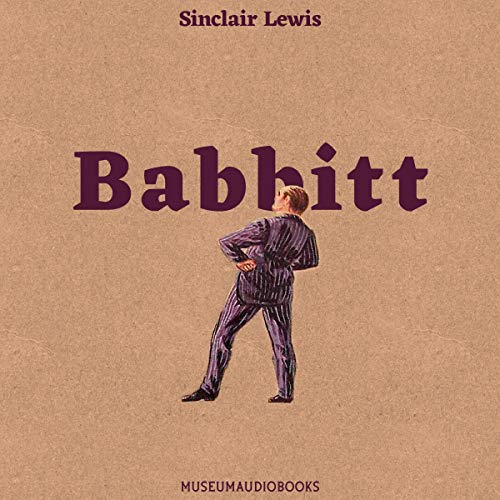 The satirical novel, Babbitt (1922), by Sinclair Lewis, is a critique of the social pressure toward conformity and what Lewis regarded as the emptiness of middle-class life. The setting is the city of Zenith in the Midwest. The book’s first seven chapters describe a day in the life of a realtor, George F. Babbitt, starting with his morning routine.

In time, Babbitt rebels against all of the norms he formerly held dear: He immerses himself in politics; conducts an extramarital affair; goes on various vacations; and cavorts around Zenith with a crowd of flappers and Bohemians. Each effort, however, ends in disillusionment as he learns that the Bohemian subculture has rigid standards, too. In the end, due to his wife’s illness, George settles back into his previous way of living but he accepts the different lifestyle choice that his son makes.

What listeners say about Babbitt