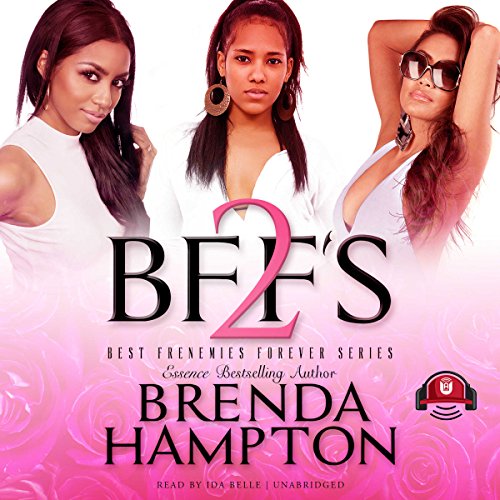 Kayla thought that her best friends, Evelyn and Trina, were supposed to always have her back, but when she discovers that Evelyn has been creeping with her husband, Cedric, and Trina has known about the ongoing affair for quite some time, Kayla is ready to cut ties and leave her so-called friends behind. Their actions have shown how scheming they truly are.

Of course, they are no more manipulative than Cedric, who lies in a hospital bed, clinging to life. The person who attempted to silence him is now behind bars, but just because one scorned woman is out of the picture, it doesn't mean he's in the clear. He may not be able to utilize his joystick for a while, but his millions are still in play.

Evelyn is eager to get her hands on his money, and pregnant with his child, she envisions a bright future ahead. She has a serious need for greed - greed that also makes her hungry for Trina's beau, Keith. He displays a deep concern for the troublesome BFFs, but his involvement may have him confessing to Trina that whatever Evelyn wants, she will eventually get.

What listeners say about BFFs 2

I asked for a refund... why not. It says 20 chapters and there are only 19. The first 17 chapters are the first book. I’m not even going to waste my time with the 3rd book. If Brenda Hampton series will be like this, I won’t be getting, reading, or listening to anything written by her. The first book I liked a lot. So sad.

Get a new narrator.

It is hard to stay interested when the person reading is this bad. Please find someone else.

Brenda Hampton did it again this book was a good read I said it before and I say it again KEEP THEM BOOKS COMING I LOVE UR BOOKS Mrs. Hampton

This book was horrible. I read book one, and I was hoping this book would be better. I will not buy book three.

I can't wait for book three, I couldn't stop listening, I mean I'm at work sneaking to hear it lol, on my break smh. I'm hooked, it shows how keeping secrets can get u hurt. Great books!!

I can’t enjoy this book because the narrator is too melodramatic and sounds distraught even at times when she’s being the narrator and not reading from one of the characters. I really wanted to finish but I didn’t even get past chapter 2 because she sounds like she’d be a horrible actor if this were a movie. So I can’t enjoy

These series keeps you wanting to know more.

Read on. Once you start reading this series you wouldn’t want to stop. These ladies are making me bite my bails wanting to know more.

Just As Good As The First

The narration was awesome. Overall storyline was very very good. However I couldn't give the story five stars only because I don't know any woman that would ever stay friends with woman that slept with her husband. Ultimately this was very good and kept me listening for more.

Just know what’s done in the dark will come to the light. Jacobe, Kayla and Cedric should’ve had a family talk about Paula’s letters. However when money is all a person cares about Evelyn could care less about BFF’s. I’m so ready to see how this ends and Trina stop being so forgiving and go be happy for once

This can’t be a women writer to put thought to paper and make women look so stupid. What woman would confined in a friend who she knows just cheated with the husband of her best friend and became pregnant. Men may be weak but women are territorial. Good foundation but make things more realistic.