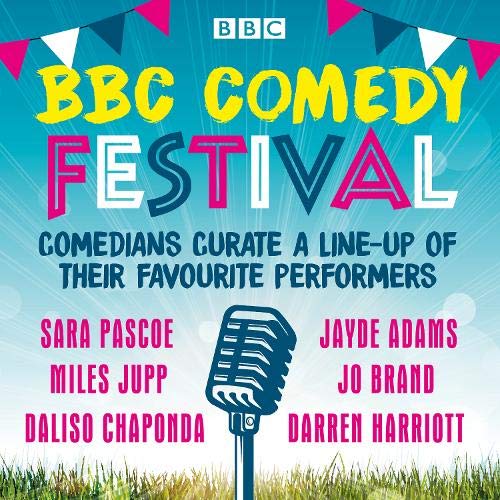 Expect a summer festival with a difference as some of the nation's favourite comics turn curators and host a virtual festival featuring their favourite performers from the worlds of comedy, literature and spoken word.

They'll be in control of everything (even the weather) as we're taken along for the ride to not only hear some great performances but also to get an insight into the cultural radars of our celebrity hosts.

Let them guide you around their bespoke festival sites to meet Val McDermid in the literary tent or Paul Sinha in the trivia tent. Daliso Chaponda puts on a Festival of Protest, Darren Harriott curates a Festival of the Unexpected, while Jayde Adams puts Sarah Millican in charge of the VIP tent and has Australian comic Rhys Nicholson as her designated driver. Stand-up legend Simon Munnery entertains from a field, there's performance poetry from Nafeesa Hamid and Hollie McNish, and much, much more.

Also, there are vampires.