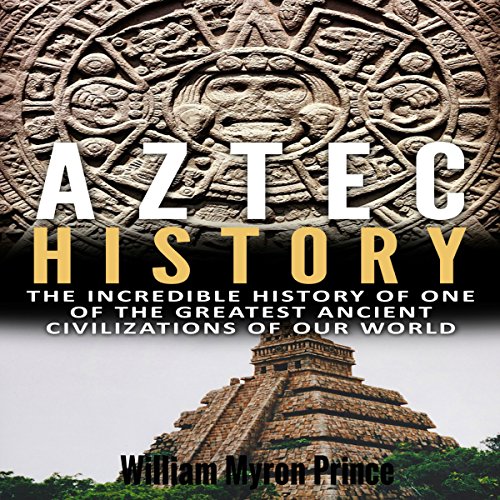 The incredible history of one of the greatest ancient civilizations of our world.

When tracing the history of the development of human progress, we use the word "civilization" to refer to the rapid urban development of certain indigenous cultures - especially contrasted to other, less advanced and primitive cultures.

While all Mesoamerican civilizations are regarded as having engaged in human sacrifice, the Aztecs, if their own records are anything to go by, changed it into an art form with a religious and mythological significance that cannot be emphasized enough. Moreover, there is a substantial debate between historians who cannot agree on the degree to which the Aztecs engaged in ritual sacrifice.

Obviously, the Aztecs were much more than just barbaric savages - they had a thriving economy, a well-built system of roadways and irrigation, and they were aesthetically inclined, especially towards architecture.

Most of the information we have about the Aztecs is through their architecture and their feats, which parallel the Egyptians and continue to baffle and astonish in equal measure.

This book aims to be a detailed overview of the Aztec civilization - how it developed and thrived, its economic practices, its unique and elaborate religious myths, and finally its tragic and untimely end.

Here is a preview of the book:

What listeners say about Aztec History

This was a pretty interesting intro to the ancient Aztec people. It was too short to dig deep, but it did touch on a lot of points that I think I will research more later.

Just learned of my heritage

As a first generation American. I have come to find out of my heritage through my mother and wanted to learn more. this was a great listen and look to find more of this material on Aztec. Thank you for this

Many times you get a history books and sad to say you get a droll monotone narrator. This was anything but. The narration was high energy and really sucked You into the authors narrative. If I could give e narration a six I would. That aside, the history is well written. The aspects that are not agreed upon scientifically are stated as such there is no personal agenda pushed. There were many aspects of the Aztec society that I had
Not been aware of before. Overall a really great listen with lots of great facts. I was voluntarily provided this free review copy audiobook by the author, narrator or publisher

I received this book for free in exchange for a honest review. This book was very good, learned some new information on the Aztec way of life.😎

The story came alive, your reading was wonderful. I was suspended in the story. I recommend to any history but like me.

as a native person this is the closest thing to

truth. Excellent work. Short yet detailed and not one sided as most other books are

Excellent peek into a remarkable culture.

Having just returned from a two week visit to Mexico City, I was hungry to learn more about the Aztecs thank you Mr prince for your insights into this remarkable culture.

This is the first book i have read/listened to by this author and I would listen to another. I found this to be extremely detailed and informative book. Learned a lot about a culture I previously knew little about. ——-

This is the first book I have listened to by this narrator ( Kevin Theis ) and I would listen to another. I think he did okay reading this content. The sentences/content kind of ran together a bit, maybe due to his degree of expression and pronunciation of each word? His narration is definitely not normal conversational or tell-a-story style. -it’s reading content. None of this would make me stop listening however. I’m amazed his tongue didn’t trip over many of the names in this book. ——-