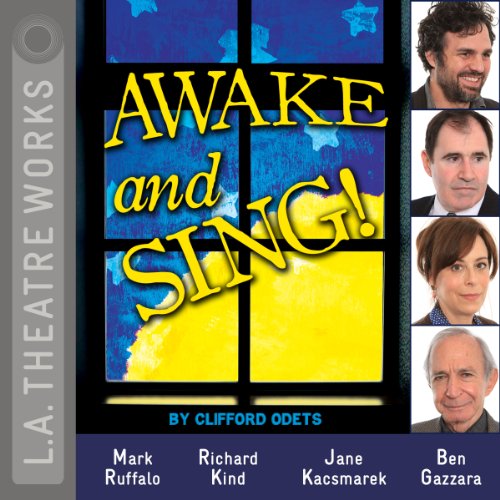 Clifford Odets’ masterpiece, starring Mark Ruffalo, Jane Kaczmarek, Richard Kind, and Ben Gazzara, brings to life the struggles of a working-class family aspiring to the promise of the American Dream. Even as they endure the country’s worst economic nightmare, three generations of an immigrant family are crowded into a Bronx tenement, fiercely determined to stay afloat, no matter what the cost.

What listeners say about Awake and Sing!

This play showcases the phenomenal talents of the very gifted cast. This fast-paced drama with subtle and not-so-subtle humor provides a slice of life in the tenements of the Bronx with wisdom that is timeless. I enjoyed it so much that I listened to it three times, getting something different out of it each time. Once again, another fantastic offering by LA Theater.

This was a wonderful production of a great play. It should be on more reading lists.