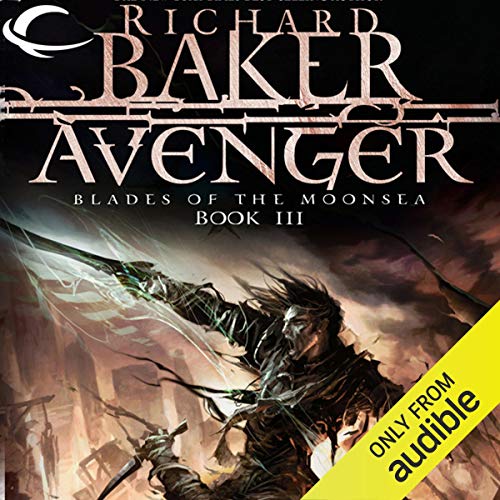 In Avenger, the final volume in the epic adventures of the Blades of the Moonsea, Geran violates his exile to stalk the streets of his former home, hunting down the one who hurt his family and rallying the oppressed people of Hulburg. But Geran’s enemies are as numerous as the laws he breaks seeking revenge, and each and every one of them is determined to see him dead.

Blades of the Moonsea is the first series written entirely in the new edition of the Forgotten Realms campaign setting, penned by one of its primary creators. Award-winning designer and The New York Times best-selling author Richard Baker’s Avenger goes to a place and time no Forgotten Realms series has gone before.

What listeners say about Avenger

Blades of the Moonsea

if you're looking for a good short series this is one for all fantasy lovers. Good story and well developed characters.

i loved it, it was very engaging, had a good plot and characters, great voices

I come back to this trilogy often