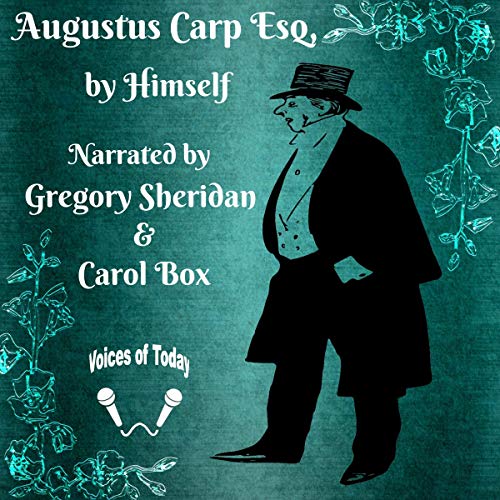 Augustus Carp, Esq. By Himself

Augustus Carp, Esq. by Himself: Being the Autobiography of a Really Good Man

This fictitious memoir, detailing the desperately suburban life of an obnoxious prig, was published anonymously in 1924. While it resembles the much better known The Diary of a Nobody, the satire is more far-reaching and devastating, and the main character is one of the most memorable in comic fiction.

The actual author was later discovered to be Sir Henry Howarth Bashford (1880-1961), who enjoyed a distinguished career in medicine and served as personal physician to King George VI.

What listeners say about Augustus Carp, Esq. By Himself

Augustus Carp, Esq., By Himself: Being the Autobiography of a Really Good Man is a satire originally anonymous, first published in the United Kingdom in May 1924 .

excellent and entertaining rendition, true to the character of the book, very funny all round.