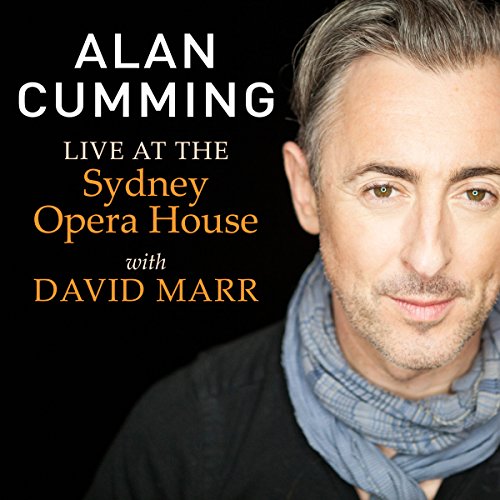 His New York Times best-selling memoir Not My Father's Son is the gripping story of his complicated relationship with his father and the mystery of his grandfather's untimely death.

Suspenseful, brave, moving and honest, it's a book about finding good through bad and light beyond darkness. Alan is interviewed about Not My Father's Son by David Marr during the Sydney Writers' Festival 2015.

This was an enjoyable listen that tugs at your heart in places also makes you laugh.

I leant so much. very funny. very true story. I love book that make see life other people eyes.

Heart wrenching tenderness with a touch of laugh at yourself comedy !

Thoroughly enjoyed this recording. Very funny but thought provoking at the same time. Now want to get his memoir.

loved to hear Alan Cummings story. great to find or about the man and the actor. Lisa I'd things unbeknown to me.

This interview was interesting to listen to. Hearing about Alan story. I
Liked this story.

I have read Mr. Cumming’s “Not My Father’s Son,” in which he tells how he was abused as a child. As an RN, I have had exposure to child abuse and its effects. Listening to this, it seemed to me that this tremendously talented, witty, articulate man has gone a long way toward healing himself—I felt that I could hear it in his voice. I sensed a genuine joy in life, and it brought me close to tears. Thank you, Audible, for a great experience!

Are they going to sleep? I am

This was a boring dialog with two very mellow personalities. It was not at all entertaining nor nformative

Beautifully written,funny and sad in a poignant way. Cummings tells us things that we did not already know.

Heartwarming and challenging, from foreskin to self love. Alan makes one wish to have a Bloody Mary at the airport while sharing stories.

I'm always amazed by Cumming's insightfulness and authenticity, every time I hear him speak. What an incredible and inspiring person!

Enjoyed the interview! Never really desired to read Alen's book but after listening to this interview I felt like it could be a really good book.

I knew nothing about this comedian, so was surprised at both the story and the hilarious delivery. it is amazing to see someone who has been able to use a very clever wit to heal from such egregious childhood abuse.

I listened to this interview and felt so much pride for him and his family. I will definitely get the book now. l sense his story in mine. This, to me makes me surprised and relieved.

Not bad but not my cuppa

The audio book isn’t bad, but to be honest it’s just not my cuppa tea. I like the actor so thought I’d enjoy it. But in the end I never finished it.

I loved this performance. just a shame it's not on longer, but you can't complain for free.

This was more entertaining than I thought it would be. It was pretty good, especially for an Audible freebie.

Really enjoyed listening to how Alan overcame such a difficult childhood to become the man he is who brings so much joy through books, TV, movies, theatre and much much more.