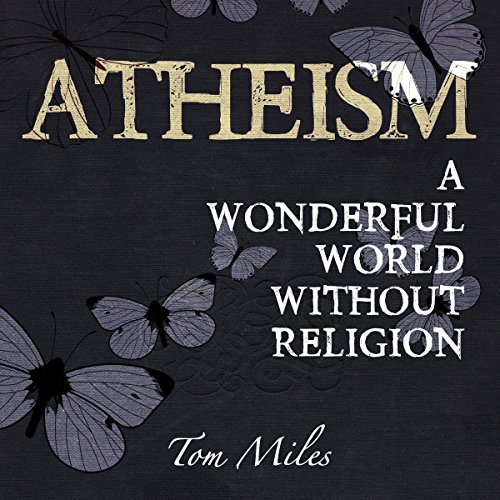 Atheism: A Wonderful World Without Religion

Throughout human history religions have been a staggeringly powerful force in the hearts and minds of their adherents and in society as a whole. They have moved men and women to inspiring acts of bravery and spurred the creation of some of the most sublime works of art, and arguably have been pivotal in the creation of stable societies and the social order we see today. At the same time, though, they have also been responsible for some of the most heinous atrocities ever committed and have imposed many arbitrary limits on individuals that serve as a massive detriment to their well-being. As time has marched on, we have developed new systems for making sense of the natural world and for living together harmoniously. The barriers that separate us have eroded and we have built alternatives to the systems that religion has used to maintain order.

This book aims to look at some of the notions that atheists hold. The first two chapters are an exploration into the factual inadequacies of faith. The third will touch on the social evils of religion and their deep rooting in the very nature and psychology of faith itself. The last three chapters will address the alternative, non-theistic solutions to three separate problems previously solved by faith.

What listeners say about Atheism: A Wonderful World Without Religion

Short Sample of Benefits of Atheism vs Religion

Well performed short title on Atheism and highlighting some of the things Religion has obviously failed on.

5 out 5! First off, if you are a theist or believer in some divine entity, mainly God(s), then you may have an opposing view of this audiobook. I, however, am an Atheist or nonbeliever and am in agreement with the author's perspective. Even if I tried to find anything I disagreed with, which I honestly didn't, I found logic in this narrative to be sound. This was a short generalized introduction to Atheism. The author does provide some pros and cons of religion throughout our world history. The writers also gives the listen a decent contrast of a world with heavy religious influence and a world with less religion.
"I received this free promotional review copy audiobook and have voluntarily left this review."

Nothing new here. The material isn't bad but not revolutionary. Monotone reader. Glad it was cheap

It is not an essay over atheism, however provides good value and information for the price. It is worth knowing his arguments to summarize one's thought and maybe verbalize in a dinner's table.

I liked this book it covers a lot about how I feel about my Atheism. Its a good book also if ya wanna debate with a Theist cause it covers real basic and obvious topics to refute Christianity.

A great foundation of anyone (such as myself) who wishes to explore the priciples and possibilites of Atheism. The book stimulated a multitude of questions, for which I am looking forward to discoving the answers. This is not a book for someone who is merely looking to trash religion. It's much more than that.