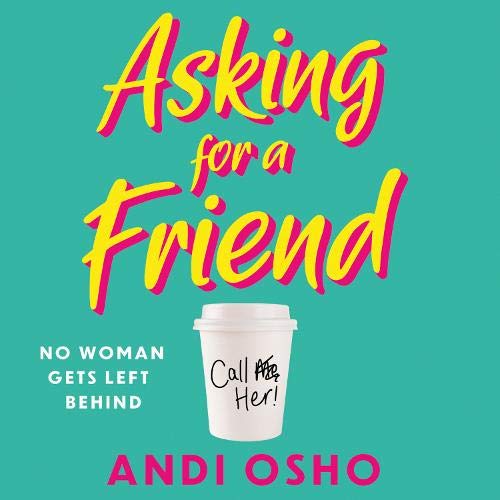 Asking for a Friend

No woman gets left behind.

Three best friends are going to solve their relationship woes once and for all.

Forty-something Jemima’s life is on track - well, sort of. All she has to do is muster the courage to bat her niggly ex away for good.

Twenty-something Meagan is in the midst of her five-phase plan and is nearly ready for phase three - a relationship.

While thirty-something Simi has had more it’s not yous than any I dos.

Deciding it’s time to play the dating game by their own rules, they’re going to ditch the dating apps and ask people out in real life. The catch? They’re playing matchmaker and can only ask out potential dates for each other because the most important rule is that no woman gets left behind.

"Witty, pacy and joyful, Asking for a Friend is a truly uplifting celebration of friendship." (Beth O’Leary, author of The Flatshare)

"A mistressclass in combining humour and lovely characters, all wrapped up with a cracking story." (Jo Brand)

What listeners say about Asking for a Friend