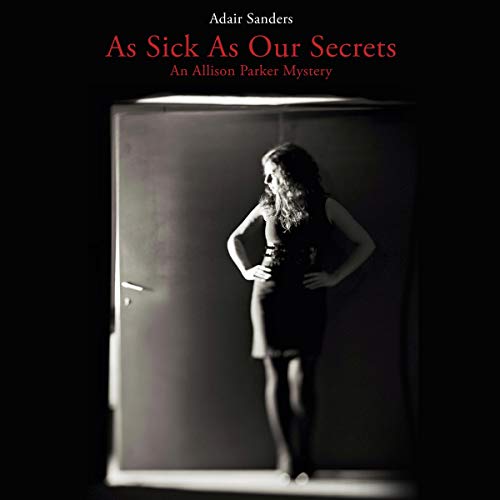 As Sick as Our Secrets

We all have dirty little secrets buried somewhere in our pasts, but for some of us, those secrets aren’t so little, and they must be protected, no matter what it costs.

As Sick as Our Secrets is a gripping legal mystery that shows just how far some folks are willing to go to keep their secrets from being discovered by outside eyes. The story follows a successful young attorney named Allison Parker as she tries to get to the bottom of the mysterious circumstances surrounding a case from which she was unexpectedly removed.

Allison hires private investigator Frank Martin to help her sort through the mess, and together, they discover a complex web of murder, blackmail, and sex entangling the firm’s managing partner and a defendant in the case.

Just as the secrets surrounding the case begin to unravel, so do secrets from Allison’s own past - and everything she learns, about strangers and family alike, threatens to destroy her life, if not end it entirely.

As Sick As Our Secrets is the first installment in the forthcoming Allison Parker mystery series by maverick author Adair Sanders, whose previous work includes Biologically Bankrupt: Sins of the Fathers, a 2012 Colorado Independent Publishers Association EVVY Awards finalist.

What listeners say about As Sick as Our Secrets