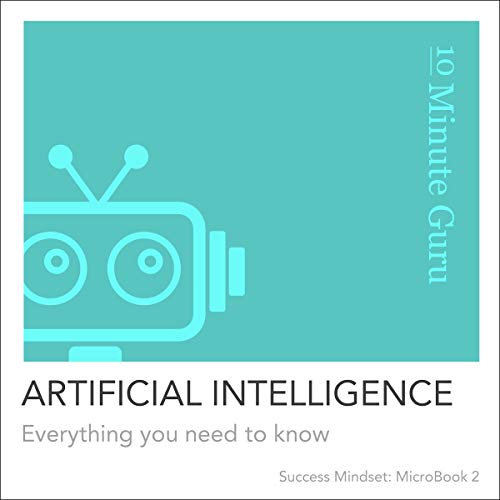 Artificial Intelligence: Everything You Need to Know

Is artificial intelligence the next step in human evolution or the end of the human race? Well...it could be either. But do you even know what it is? How it works? And how it’s used today or could be used tomorrow?

At 10 Minute Guru, they’ve created a series of "micro-books" to help you get your head around some of the most important topics impacting our world today. Whether it’s for your own curiosity, preparing for a job interview, dinner party, or hot date, their aim is to give you enough information to impress. So sit down, grab a cup of coffee or two, and learn a whole new topic.

And what of the authors of 10 Minute Guru? Sorry to say they’re not your typical gurus from the foothills of the Himalayas. Instead, they are a small team (just two, to be honest) of people who, following graduation from Cambridge, spent over a decade in the city working in consulting and finance, perfecting the art of researching and distilling complex information. Looking to escape the rat race and realizing how their experience could help the time-poor and those thirsty to learn, the idea of 10 Minute Guru was born.

In this "micro-book" on artificial intelligence, you'll learn:

The audiobook also includes the "Guru Toolkit" listing recommended books and documentaries, a timeline of important dates and quotes, a jargon buster, and useful social media accounts to follow.

What listeners say about Artificial Intelligence: Everything You Need to Know