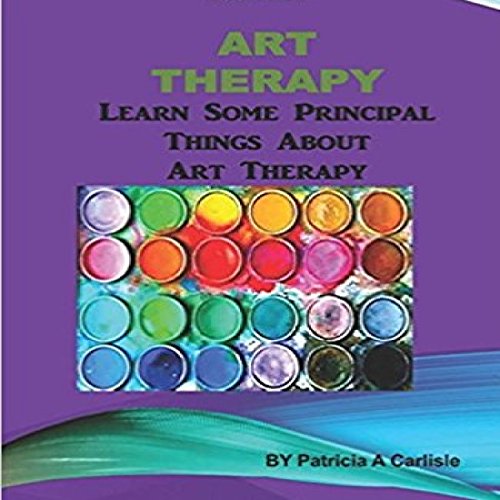 By: Patricia A Carlisle
Narrated by: Victor Hugo Martinez

Art has been used as a means of communication, self-expression, group interaction, diagnosis, and conflict resolution throughout history. For thousands of years, cultures and religions around the world have incorporated the use of carved idols and charms, as well as sacred paintings and symbols, in the healing process. The establishment of art therapy as a unique and publicly accepted therapeutic approach only took place recently, in the mid-20th century. The emergence of art therapy as a profession arose independently and simultaneously in the United States and Europe. The term "art therapy" was coined in 1942 by British artist Adrian Hill, who discovered the healthful benefits of painting and drawing while recovering from tuberculosis. In the 1940, several writers in the mental health field began to describe their work with people in treatment as "art therapy". As there were no formal art therapy courses or training programs available at that time. These care providers were often educated in other disciplines and supervised by psychiatrists, psychologists, or other mental health care professionals. Art therapy came into existence in the middle of the 20th century. It is based on the concept of visual representations, in order to express one's feelings. Paints, chalks, and clay are the essential tools of art therapy. The therapy actually aims to relax an exerted brain and psychology, in order to refresh it, stabilize it, and make it more receptive. Art therapy is therefore especially useful for the people who stress a lot at the work place, and for those who have mental tensions. In addition, the therapy also helps people who are slow learners or are mentally ill. Art therapy is beneficial to sustain mental health and emotional well-being. The treatment involves drawing, sculpture, photography, and visual art as a vent to expressions.

What listeners say about Art Therapy

This book delivers what it promises although the contents is short it's succinct. Thank you for the book. The narrator is speaking English as his 2nd or 6th language and if you focus on the content that's not a problem especially if you're into multi culturism. I slowed the sound by 2 points which helped.

I enjoyed the basic information in this book. It is not super detailed but gives information someone could then study more.

May be unable to listen to I doubt that I will be able to hear the entire book because machine-like voicing and mispronunciations sound half-literate; I wish the author had done her own narration.

To even imagine that she paid for narration like this makes my wallet gasp!

Read by a computer

If it had been read by an actual human being and possible to listen to for more than a few seconds.

Would you ever listen to anything by Patricia A Carlisle again?

If it was read by a person, maybe. It's hard to say since I couldn't get through a single chapter.

It was terrible and every sentence had the exact same inflection and tone.

The book give you a big picture on the subject.
I enjoy the listening. I liked it

The content seemed repetitive, and padded out. Most off putting was the commentator, he has a fast-then-slow style. A chore to listen to the end - only my interest in the topic kept me engaged.

The narrators voice irritated me at first but towards the end I found it strangely endearing.

It's a good, short introduction to art therapy. However, it would have been better if it were more in-depth.