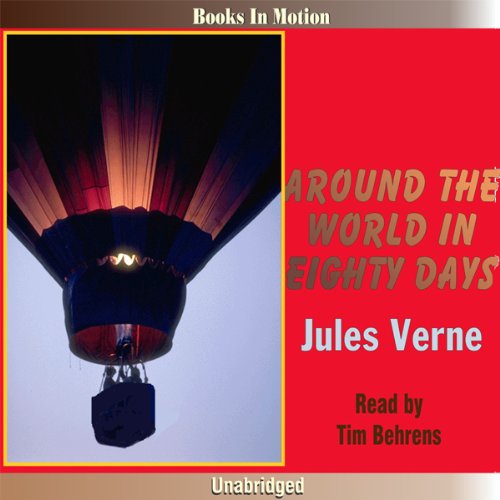 Around the World In 80 Days

Around the World In 80 Days

On October 2nd, 1872, in the game room at the Reform Club in London, Mr. Phileas Fogg made a wager that he could go around the world in eighty days. Twenty thousand pounds were to be won, or lost, upon his return. Mr. Fogg assured his five companions he would meet them in the very same room at a quarter before 9p.m. on December 21st and collect his winnings. Fogg's frantic race against time, and the final outcome of this race, makes for a thrilling, unforgettable tale that has a permanent place among the greatest of adventure stories.

I liked the story part very much! I think the reader could have done a better job reading but overall it was pretty good. I would recommend this book could try a different reader?👍🏻👌🏻