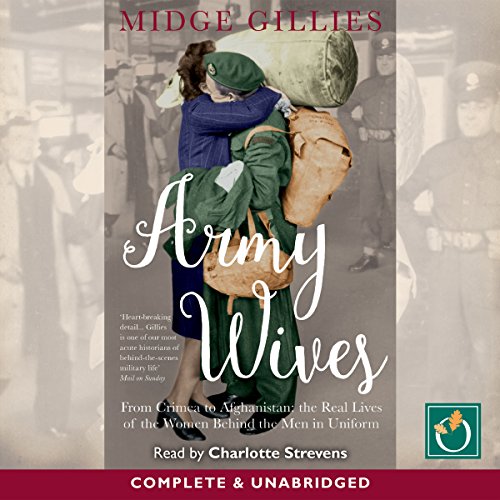 From the Crimea to Afghanistan, the Real Lives of the Women Behind the Men in Uniform
By: Midge Gillies
Narrated by: Charlotte Strevens
Length: 12 hrs and 25 mins
Categories: History, Military

Over the centuries, army wives have followed their men to the front, helped keep order in far-flung parts of the empire or waited anxiously at home. Army Wives uses firsthand accounts, letters and diaries to tell their stories. We meet imperial army wives in Crimea and the Raj, explore the experiences of 20th-century wives in two world wars and a Cold War and hear from modern women supporting their men in the war on terror.

From how army wives communicate with their husbands to the impact of life-changing injury and bereavement, Army Wives examines what it really means to be part of the 'army family'.