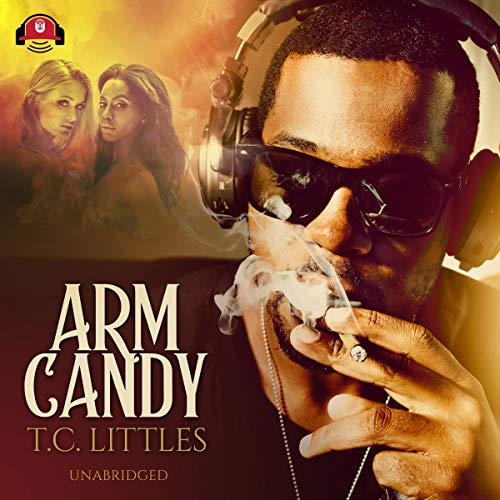 Maven Edwards was raised on the ruthless streets of Detroit but makes it out in one piece. An executive in the music industry, he has fortune, fame, and good looks, but an ice cold heart from time spent in various orphanages.

Maven isn't looking for love, or even one female to share his wealth and success with. He is a bona fide ladies' man. The more arm candy he has to flaunt at celebrity parties, buy high-priced gifts for, and take on luxurious trips, the better. He's all about building his brand, making money, and collecting beautiful women who can coexist as sister wives. That's where Jhene, Noel, and Khy come in.

Jhene is an exotic dancer from Atlanta. She was living undercover in Miami when Maven met her and turned her gray world into one filled with glitz and glam. Noel was a social media model who caught his eye, so he made her a star. And Khy, his main chick, has his kids, so she isn't going anywhere. He is living a single man's dream - until his perfect life starts to unravel and his empire crumbles. Everything that glitters definitely ain't gold, as Maven will soon be forced to learn the hard way.

What listeners say about Arm Candy

The summary for this book does not go with the characters in this book. The summary goes with a different book. This book is about a baby mommas living in projects. The daddy is king a music producer and he has been with his girlfriend for 7 years and she m made him into the man he is. Then king marries the girlfriend serema. The baby mommas and her home girls burn down the house. Overall the book is good. But the summary is wrong.

I was so confused at first trying yo figure out who King and Johnny were as well as the ladies Samira, Jamillia and Reyna was. I kept going back to the synopsis before I finally realized tnis had to be the wrong book!!

However, this book wasn't that bad. Nicole Small being the narrator is the ONLY reason I finished the book! Story was umm okay but the performance was excellent as expected of my favorite narrator.

If it’s a free audiobook then yes listen to it. But I wouldn’t pay for it. Don’t really care about part 2 and the stories to follow bc I hate waiting on a series to
Be completed. While listening to it it kinda felt like watching one of them low budget BET movies lol. If part 2 comes out then yeah I’ll listen to it. But if it doesn’t I won’t be trying find the book to read it if that makes sense. In closing all I can say is King is Grimy as FUCK! & the women in this book is made to
Look dumb needy & just a bad look. Like none of them broads had a back bone throughout the whole series.

To be continued right??!!

All I can say is, T.C. Littles you better be working on a book 2 for Arm Candy!!! That story must continue on.

Where’s the rest of the book? I need to know what happens next.. just left me hanging BUT The narrator is exceptional as usual

there has to be a book 2... the story line was pretty good .. just need a little more fluffing on the drama ..& it ended way too abruptly. This book really needs a sequel .. if there will not be a book 2 then it's pointless..

This book kept you waiting to see what the next play was going to be. Now I need a release date for Arm Candy 2. Samira is going to get back on her grind, seems it's time to show some Nikkas up and show them who is truly boss.

Good story with no ending...

Have you ever become invested in a television show and all of a sudden it gets cancelled without warning or a final episode? Well that is this book. Decent hood tale but it almost as if the writer had a certain word count to reach before being done with it and when that number was reached the writing just stopped. It's kind of bizarre.

Another cliffhanger...😒 Nicole Small is the best narrator ever but this ending was frustrating. What happens next? 🤷🏾‍♀️🤦🏾‍♀️