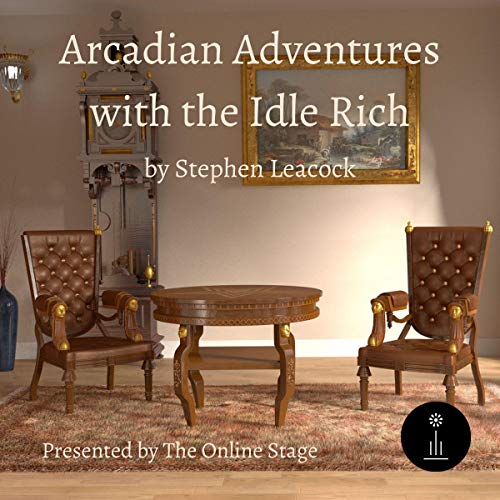 Arcadian Adventures with the Idle Rich

Stephen Leacock (1869-1944) may be considered the Canadian counterpart to Mark Twain. For many years he was professor of economics at Magill University and published a number of well-regarded texts on economics and political science. However, he is best known today for his many volumes of humorous fiction. During the 1920s he was one of the most widely read authors in the English-speaking world and was considered by Jack Benny and Groucho Marx to be one of the greatest comic writers of all time.

In Arcadian Adventures with the Idle Rich, Leacock applies a satirical scalpel to the foibles and pretensions of the wealthy and the powerful. He not only probes the quirks of traditional power structures like corporations (public and private), political parties, universities, and churches but also finds time to poke fun at one of his favorite targets - the world of psychic phenomena.

A Little Dinner with Mr Lucullus Fyshe
The Wizard of Finance
The Arrested Philanthropy of Mr. Tomlinson
The Yahi-Bahi Oriental Society of Mrs. Rasselyer-Brown
The Love Story of Mr. Peter Spillikins
The Rival Churches of St. Asaph and St. Osoph
The Ministrations of the Rev. Uttermust Dumfarthing
The Great Fight for Clean Government

What listeners say about Arcadian Adventures with the Idle Rich

I like this author, but unfortunately I couldn’t get past the first chapter because the narrator has an unpleasant voice.