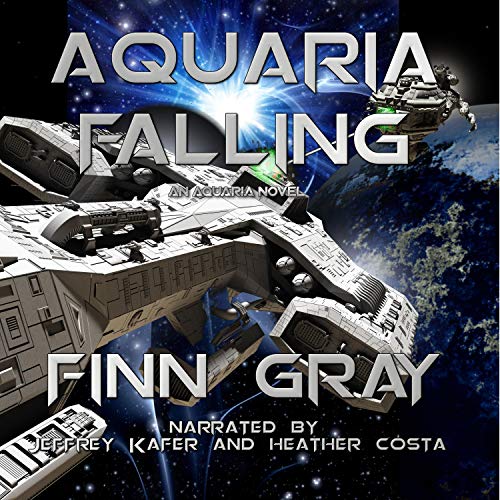 Centuries ago, the Memnon War devastated Aquaria. The defeated Memnons fled the Aquarian system in search of a new home. Or did they?

Blamed for the death of his sister, Rory Waring escapes the farm by enlisting in the Aquarian Imperial Marines, but life as a marine recruit is not what he expected. The ranks are divided, with rumors of secret traitors among their number. Who can he trust when his life is on the line?

As granddaughter of the emperor, Lina Navarre has not had a difficult life. Her sole responsibility is keeping her twin sister far from trouble and out of the news vids until an act of terrorism changes her life forever. Suddenly, Lina finds herself in the enemy's crosshairs. But which side is her sister on?

Commander Dominic Graves can hardly remember the last time he led Dragonfly into combat. Now his days are spent reviewing reports and his brilliant but erratic ace pilot, Serena “Sabre” Sabrakami, out of the brig. But when mutiny breaks out across the fleet, both will find their lives on the line, and the fate of Aquaria in their hands.

The Memnons have returned and Aquaria is falling!

If you like Battlestar Galactica, Starship Troopers, or Stargate, you’ll love Aquaria Falling, the first novel in the adventure-filled space opera series, Aquaria, the brand new series by the USA Today best-selling author!

This book was originally published in a different form under the title Aurora Falling.

What listeners say about Aquaria Falling

Enjoyed this start to the series

A good action tale with multiple character stories that are each different but all intertwined in the overall direction of events. I enjoyed Sabre's story the most, but that doesn't mean the others weren't fun or interesting.

Narration was good. I normally don't listen to books with two narrators, but this one went well and I got used to it pretty quickly.

I would like very much to hear the next book in this series. It was ended just right to make the listener want to hear the rest.

Fun Adventure in the Spirit of Battlestar Galactic

I honestly love the story. Nice slow build up with different story lines converging. That volcano bit at the end made me chuckle.

It did take me a bit to get used to the two narrators, but an hour in I enjoyed the change of voice.

I can't wait for the next book! It's tough starting a series so new, knowing it'll be months before book 2, but I'm glad I did :)

The only thing I enjoyed was Jeffrey Kafer's voice. The female narrator sounds like a duck when she tries anything that what I assume is not her natural voice. I had to stop listening after 2 hours as the story is just not progressing.