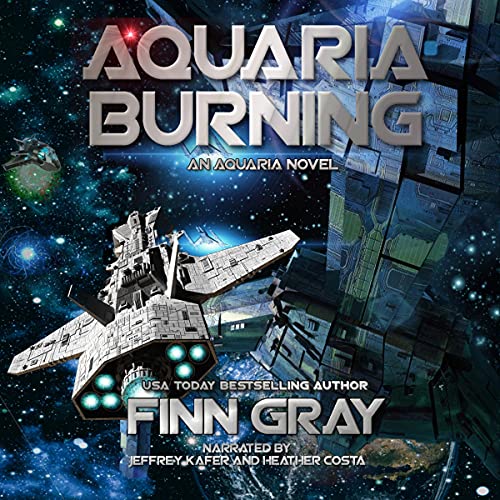 The Memnons have risen. Aquaria is burning. And things are about to get worse.

Life on the remote Glavine 2 outpost fits fighter pilot Teddy Zartler like a glove. Cards, booze, girls, and not an enemy in sight. But when Glavine 2 is wiped out by the onslaught of the Memnon fleet, he and his squadron must find their way back home before it’s too late.

Reeling from the fallout of the Memnon Uprising, Commander Dominic Graves and the Dragonfly crew lead the remnants of the Aquarian fleet against the invading force. Outnumbered, outgunned, and trapped by a secret Memnon weapon, can the remnants of Aquarian civilization survive?

Trapped on an island of horrors, space marine recruit Rory Waring must find and infiltrate a hidden base in order to save the members of his squad and his sole ally is his worst enemy. Little does he know, the fate of the entire fleet rests on his shoulders.

What listeners say about Aquaria Burning