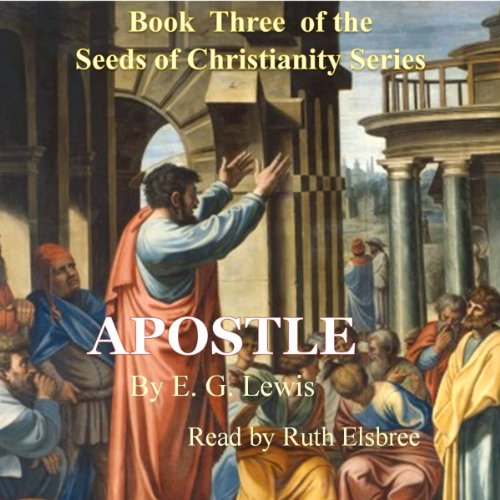 In Book Three of the Seeds of Christianity Series the Church at Antioch Comes into its own. Follow the lives of Rivkah and Shemu’el as they continue to spread the good news in Antioch and beyond. Tensions surface as the number of non-Jewish converts rises in Antioch. Barnabus brings Paul, but some oppose his new role.

Sha’oul, now renamed Paul, leaves on his first missionary journey accompanied by Barnabus and Yohan Markus. This saga of the Early Church takes a troubling turn when their youngest son adopts a pagan lifestyle. Antioch trembles in the grip of a ruthless serial killer. While Pavlos roams the streets looking for him, Shemu’el fears he already knows the killer’s identity. Meanwhile in Rome, the Emperor Claudius tires of the ongoing conflict between the Christians and the Jews. Believing Christianity to be a sect of Judaism, he expels all Jews from Rome. Simon Petros is forced to leave his flock behind as he carries the Gospel to new lands and peoples. When all seems lost, Atticus is promoted to the office of Tribunus Medicus Militum, placing him in command of all of the army’s medical corps.

He and his family travel to Rome to fill the gap left by Simon Petros’ departure. The beloved disciple, Yohan, has relocated to Ephesus for Miryam’s protection. He brings Shemu’el Evodius a new convert named Ignatius and asks him to mentor the young man. Though surrounded by chaos, the church in Antioch continues to grow in size and influence under Evodius’ competent leadership.

What listeners say about Apostle