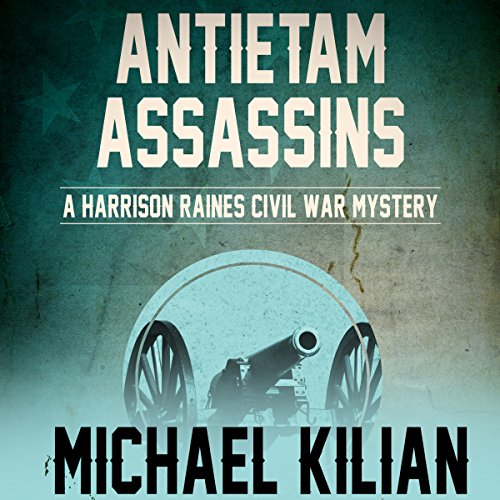 A Civil War spy is pulled out of retirement to find a killer. It's 1862, and for Harrison Raines, the Civil War is finished. Since the First Battle of Bull Run, he has served the Union Army as a spy, crisscrossing the war-torn country and witnessing more death, misery, and carnage than any man should. Although a Virginian, he loathes slavery, and is proud to have served Abraham Lincoln. But Raines has had enough killing, and wishes only to retire to a tranquil patch of land. He acquires a plot in the hills of western Virginia and settles down to the life of the gentleman farmer - but Raines's days will not remain quiet for long. When a local parson known to have Union sympathies is killed, Raines fears his new neighbors may come after him next. To secure a peaceful retirement, he will have to stare down death one last time. The Antietam Assassins is the sixth book in the Harrison Raines Civil War Mysteries, but you may enjoy the series in any order.

What listeners say about Antietam Assassins

The reader is the best bit

loved it? no. struggled to finish? no, I jumped ship to look for an interesting civil war story; I've read a few... Best Bit? The Narrator: good intonation, inflexion and distinction between characters. An even and plausible voices for female characters and seldom spoke in the wrong voice, e.g. continuing in the voice of the previous speaker.,