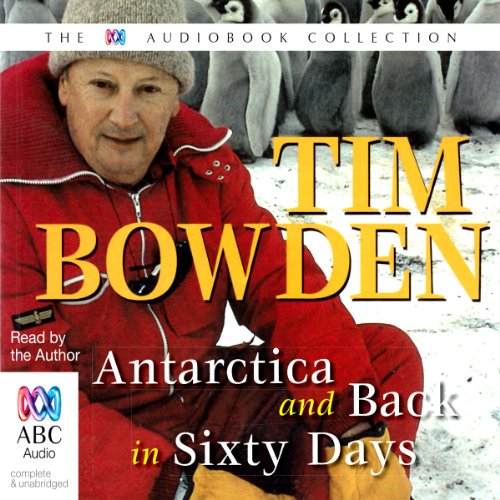 Antarctica & Back in 60 Days

Antarctica and Back in Sixty Days is characterised by Bowden's well-honed sense of the absurd and his story is told in the effortless way which has assured his success as both writer and broadcaster. It contains descriptions of exciting and dangerous episodes, crazy practical jokes, overwhelming beauty, and the hilarious incidents which punctuated his journey.

What listeners say about Antarctica & Back in 60 Days