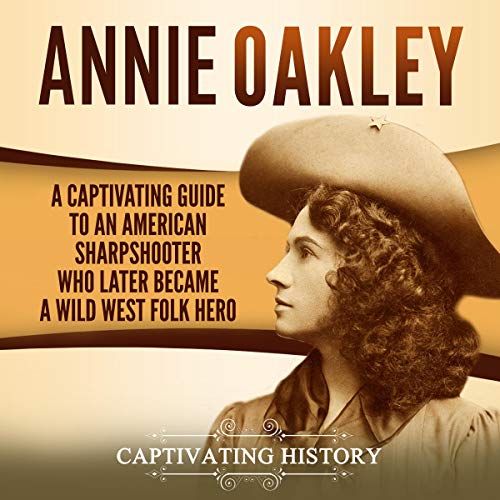 If you want to discover the captivating life of Annie Oakley, then pay attention...

How could Annie Oakley, a woman of barely 110 pounds with a childlike beauty, beat so many of the greatest sharpshooters with her skill and talent?

The name is probably familiar to most people, but not many know about her early life or her great love for her husband, who was also a sharpshooter. We are taking you back more than a century to meet one of the greatest American folklore heroines who ever existed. Annie Oakley dazzled and awed millions of people during her career and met some of the most memorable people of her time including Thomas Edison, Sitting Bull, Prince Edward, and the Queen of England herself.

Annie Oakley is just one of the many impressive legends of the Wild West, and her journey took her from the small town of Greenville in Darke County, Ohio, to some of the biggest stages in America and Europe.

In Annie Oakley: A Captivating Guide to an American Sharpshooter Who Later Became a Wild West Folk Hero, you will discover topics such as:

So, if you want to learn more about Annie Oakley, scroll up and click the "buy now" button!

What listeners say about Annie Oakley