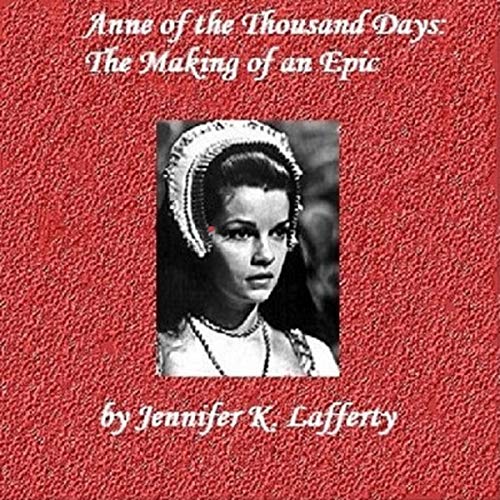 Anne of the Thousand Days

Iconic actors, jealousy, tantrums, and a legendary producer’s struggle to transform the tempestuous, ill-fated union of Anne Boleyn and Henry VIII to the big screen all factor into this dramatic, behind-the-scenes story of how the popular Broadway play Anne of the Thousand Days became the quintessential Anne Boleyn movie.

Richard Burton and Geneviève Bujold lit up the screen in this tragic romance, but some of the most exciting scenes were those not caught on film and which centered on a real or imagined love triangle that threatened Burton’s celebrated but notoriously stormy marriage to screen goddess Elizabeth Taylor. In addition to the classic film and Maxwell Anderson’s play, Anne of the Thousand Days: The Making of an Epic explores the lives of those involved in both productions and the history that inspired Anne of the Thousand Days, as well as the evolution of Anne Boleyn as a pop culture phenomenon.

What listeners say about Anne of the Thousand Days