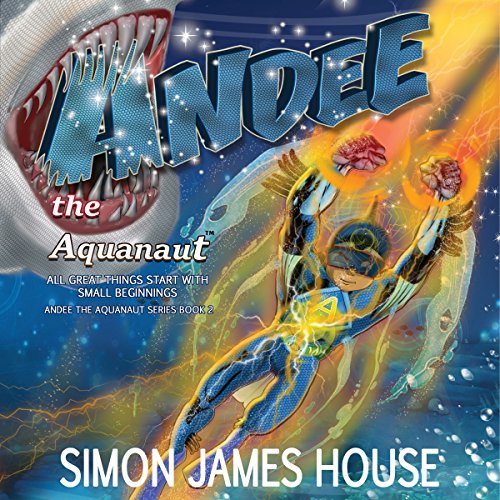 Holy crab-claws! The fast-action Andee the Aquanaut series continues in Book 2, All Great Things Start with Small Beginnings. Andee is torn between finding his parents, fulfilling his role as protector of the ocean's creatures, saving the Lost City and rescuing the King's beautiful daughter, Yolanda. In Book 1, Guardian of the Great Seas, our superhero's parents went missing in the worst storm his island has ever seen. Andee was then adopted by his dear friends, the dolphins. In his new underwater home he discovered that he is the Chosen One, destined to become the protector of all marine-life. Warp speed with Andee in Book 2 as he faces new trials and tribulations; coming face-to-face with mythical, magical creatures of the sea as he enters the deep, dark waters to discover a never before seen race of beings that help him battle the Evil Queen Zadora.

The Andee the Aquanaut series appeals to children ages 8 and up, engrossing them in spirited superhero adventures while enlivening vivid imaginations and boosting self-confidence. It teaches kids about the wonderful creatures of the sea, including dolphins, sharks, jellyfish, manta rays, electric squid, clownfish, and others, making this series highly educational in a delightfully entertaining manner.