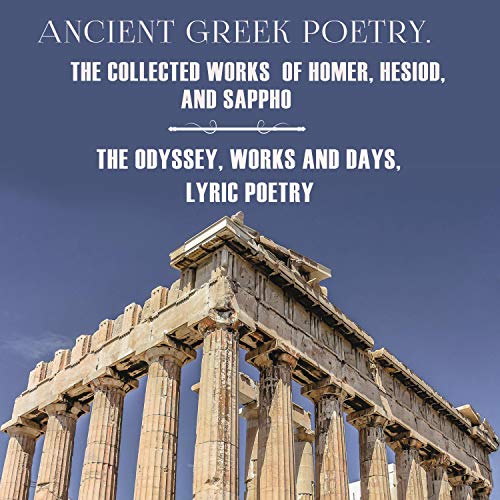 The ancient Greeks revered Homer and Hesiod and often cited their names together in theological and theological works. While the two could have been contemporaries, some estimate that Hesiod lived up to 100 years after Homer.

Sappho was an ancient Greek poetess and musician. She pioneered song lyrics and the ancient Greeks included her in the canon of nine lyric poets. Plato even numbered her among the Parnassian goddesses, referring to her as the 10th muse.

The longevity of Greek ideas, images, and systems of thought bears witness to the incomparable originality of ancient Greek scientific and artistic achievements and the genius of Hellenist society. It is on the foundation of Hellenist achievements that many of our modern advancements have developed. Greek culture also significantly impacted the development of literature and education, beginning with the Romans and expanding to Europe and the West.

What listeners say about Ancient Greek Poetry. The Collected Works of Homer, Hesiod and Sappho