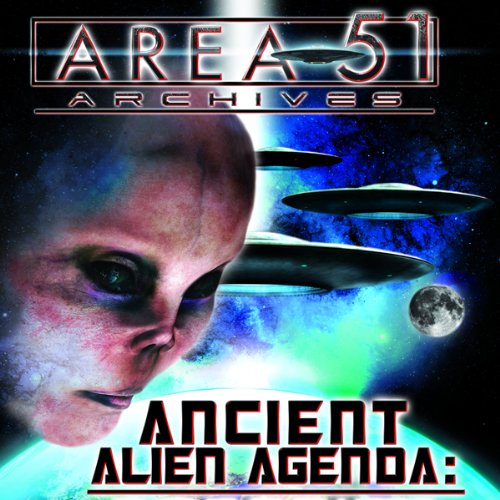 Ancient Alien Agenda: Aliens and UFOs from the Area 51 Archives

Ancient Alien Agenda: Aliens and UFOs from the Area 51 Archives

There is startling evidence that we were visited by intelligent beings in the ancient past. Why were they here and what was their agenda? Zecharia Sitchin is the author of the hugely successful book series The Earth Chronicles. Join this amazing scholar of ancient mysteries as he makes a scientific and scholarly argument for ancient alien visits to Earth. Sitchin was born in Russia, raised in Palestine, and graduated from the University of London. He worked for years as a journalist and editor in Israel before settling in New York.

Sitchin, like Velikovsky and Von Daniken, gives a compelling and entertaining presentation detailing evidence that ancient aliens from other worlds have not only visited the earth but plan to return. Sitchin's theories are based on his belief that some ancient myths are not myths at all but historical and scientific texts. According to Sitchin, the ancient Sumerian clay tablets discovered in the early 1900s reveal that gods from another planet called "Nibiru" arrived on Earth some 450,000 years ago. The ancient Sumerians knew of this planet of the gods, that Sitchin termed the "12th Planet". Learn of a time when there were extraterrestrials among us and how they helped advance our civilization, as well as how they plan to return in the future. Also featuring Jason Martell of the hit History Channel show Ancient Aliens. Over five hours of ancient aliens!

What disappointed you about Ancient Alien Agenda: Aliens and UFOs from the Area 51 Archives?

Although the topic is really very fascinating and so interesting it kept referring to slides or photos that due to the fact that it's an Audio book you have no way of seeing. I think these were very important to the whole presentation not just what was being said but also what was being shown. In this particular case I would have preferred a book where I can at least look at photos to reference what's being said. Also because this was recorded from a conference, I presume, there are parts that are inaudible as when Jason Martell answers questions. All you hear are just that- the answers but not what was asked. So you miss a lot and leaves a lot to our own interpretation and speculation as to what exactly were the questions.

The facts presented and the topic itself. It's fascinating as I said before.

What didn’t you like about Zecharia Sitchin and Jason Martell ’s performance?

There was nothing wrong with either of them to my understanding. It was only what I mention above no pictorials and poor audio.

If you could play editor, what scene or scenes would you have cut from Ancient Alien Agenda: Aliens and UFOs from the Area 51 Archives?

I would have somehow added either links to view the photos or figured out another way to show what they were referring to.

No, at this time I will check out a couple more audio books and if I find that these problems are recurring unfortunately I will have to cancel. I really enjoy the concept of audio books and in theory it's great to be able to listen to a book while being able to drive or do something else, but so far my experience with it has not been as good as I expected for the reasons I mention above and the background music on the other review I explained.

interesting theories, crappy sound. I would like to hear a revised version considering new info.

Not What I Was Expecting

There is only one talk in the beginning by Zechariah Sitchin. The rest is by other speakers recounting Sitchin’s work, which is probably fine, I just thought the book would be all Sitchin.

The title is misleading as it has nothing to do with area 51, it us also not an audiobook but a series of lectures. The lectures were also not all by Zechariah Sitchin although the other lecturers were very interesting and knowledgeable. The audio really sucks especially for Sitchin's lecture and the Q&A at the end is almost incomprehensible. But if your a fan of 12th planet or think about reading it, it is very informative.

Audio is terrible at times. This is recorded from a presentation not a book. They talk about picures and slides which you cant see.

There was poor sound for the first chapter , gets better as you continue listening.

Better Audio quality. Physical files to view the pictures the narrator is referring to.

Would you ever listen to anything by Zecharia Sitchin again?

some very good information. not a book per say but rather a seminar of speakers.

A shamefully poor quality recording with Inappropriately loud music drowning out much of the speech.

I am interested in alien agendas, even though I personally don't believe the stories. I think this would have been more interested when this first came out. If I were writing a review then instead of now I might have given it more stars.

Most of what is talked about is now incorrect, and would not recommend getting this book