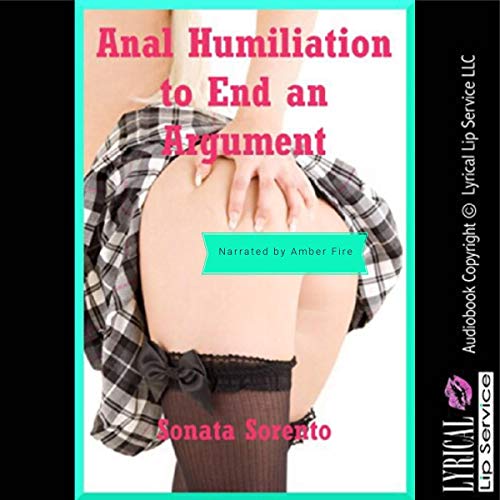 Emily and her husband Chris have a simple arrangement. Most of the month, their sex life is ordinary, but once a month Chris can grab her, tie her up, and take her however he wants. She never expected he would do it to shut her up! Emily is getting tired of Chris' behavior when it comes to how the house runs, and when he gets sick of the argument, he just enforces the arrangement. Before long she's in handcuffs and Chris is in control. That's not all, though, because Chris has decided it's the perfect day to tell all his friends, "f--k my wife!" Before long, Emily's in the middle of her an anal sex gangbang...with her husband's friends!

Emily cried out when he grabbed her arms, forcing them behind her back and then pushed her against the wall, one of his thighs forcing its way between her legs. "What the f--k are you doing?" she spat. "Get off of me!"

"Nope," Chris said, sounding calmer now. "Remember our deal, Em? I can tie you up and do whatever I want to you once a month. Well, I'm choosing now."

He had her there. Emily was a sexually adventurous person, and she enjoyed being bound and helpless quite a bit. She'd had to coax Chris into it, but once he had gotten over his initial worry, he'd taken to it well. Emily liked being forced to obey him, and so they had made the deal that once a month, Chris could just grab her and tie her down to do whatever he wanted with her. She had never expected him to use it to end an argument, and with his friends coming over…