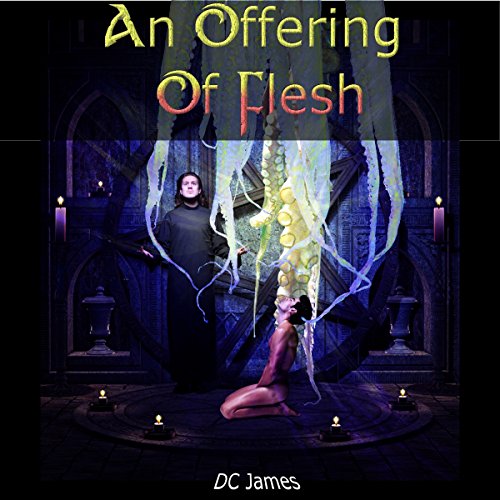 An Offering of Flesh

An Offering of Flesh

Malek is an elite warrior and has earned the right to mate with the sea goddess of his people, to become one of the chosen. As wave after wave of unending pleasure assaults his body, his sanity is put to the test. Can he do it? Can he survive the mating and transition into the ranks of the chosen?

Warning! This 6,800 word story depicts the graphic sexual acts of a man being bred and impregnated by the tentacle goddess of his people and is intended for mature audiences only.

What listeners say about An Offering of Flesh

Maybe it's a guy thing??? (Not for the faint of heart or those who like vanilla sex.)

What was most disappointing about D. C. James’s story?

Reader was fine. No complaints there.

The whole premise of the story & the way the story ended was confusing & didn't make a lot of sense either. And, yes, obviously, I didn't get this title for the 'story' but it's so much nicer when the story at least makes some sense. I'd be more forgiving of that part if the sex was done well. I'd also listened to "Getting to Know Daddy" by same author & though it had almost no sex in it, it had a well thought out & written story, so I expected this story would be better. "An Offering of Flesh" had more sex but more is not always better. Both were let-downs. At least it wasn't expensive!