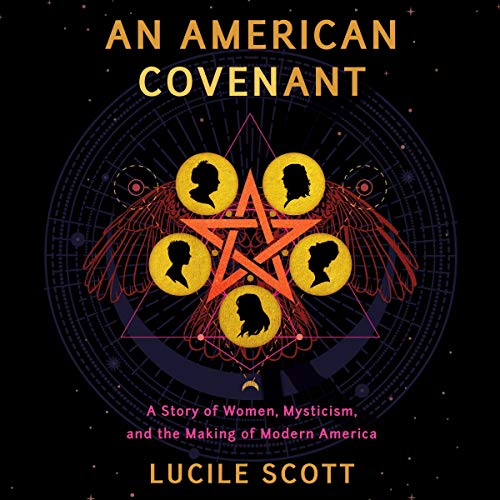 A history of mystic resistance and liberation and of five women who transcended the expected to transform America.

For centuries, women who emerge as mystic leaders have played vital roles in American culture. For just as long, they've been subjugated and ridiculed. Today, women and others across the nation are once again turning to their mystic powers to #HexThePatriarchy and help fight the forces that seem bent on relegating them to second-class citizenry.

Amid this tumult, Lucile Scott looks to the past and the stories of five women over three centuries to form an ancestral spiritual coven: Marie Laveau, the Voodoo Queen of New Orleans; Cora L. V. Scott, 19th century spiritualist superstar; Helena Blavatsky, mother of theosophy; Zsuzsanna Budapest, feminist witch and founder of Dianic Wicca; and Marianne Williamson, presidential candidate and preacher of the New Age Gospel of Love. Each, in their own ways, defied masculine preconceptions about power.

A scathing queer feminist history and a personal quest for transcendence, An American COVENant opens our eyes to the paths forged by women who inspired the nation in their own times - and who will no longer be forgotten or silenced in ours.

What listeners say about An American Covenant

Having witnessed more than a few voodoo rituals, all I have to say is that I was so put off in chapter 1 by her plastic, fictionalized account of what the experience is like, not to mention her descriptions of Marie Laveau, that I've opted not to finish listening to the book, but rather, to return it. I can't imagine that any of the remaining chapters are going to feel any more credible to me. Also too, The narrator sounds like some stereotypical housewife who is re-counting her fantasy of what it would be like to be at a voudon ceremony. Please just stop.

A GREAT listening experience. The language really washes over you. I really like how the author doesn't only write about history but also about her own life and how these traditions are practiced today, including by talking to real, working practitioners.