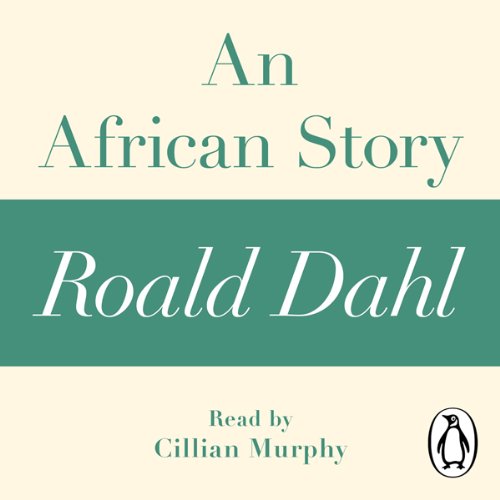 The unabridged, downloadable audiobook edition of “An African Story”, a short, gripping story of life in wartime from Roald Dahl, the master of the shocking tale. Read by the actor Cillian Murphy. In “An African Story”, Roald Dahl, one of the world’s favourite authors, tells us the twisted tale of the dog killer, the missing milk, the old man and the snake. “An African Story” is taken from the short story collection Over to You, which includes nine other dramatic and terrifying tales of life as a wartime fighter pilot, and is drawn from Dahl’s own experiences during the Second World War. This story is also available as a Penguin ebook. Roald Dahl, the brilliant and worldwide acclaimed author of Charlie and the Chocolate Factory, James and the Giant Peach, Matilda, and many more classics for children, also wrote scores of short stories for adults. These delightfully disturbing tales have often been filmed and were most recently the inspiration for the West End play, Roald Dahl’s Twisted Tales by Jeremy Dyson. Roald Dahl’s stories continue to make readers shiver today. Cillian Murphy’s film work includes: Disco Pigs, 28 Days Later, Breakfast on Pluto, Inception, The Wind That Shakes the Barley, Batman Begins and Sunshine. His television work includes: The Way We Live Now.

What listeners say about An African Story: A Roald Dahl Short Story

Beautiful short story. Very inspiring, written with the usual Dahl simple, elegant and effective style. The reader has an irish accent, which i personally enjoyed. A must listen/read.

great entertainment for all the family

Would you listen to An African Story: A Roald Dahl Short Story again? Why?

easy listening, very well read. It could have been Roald Dahl reading it himself.