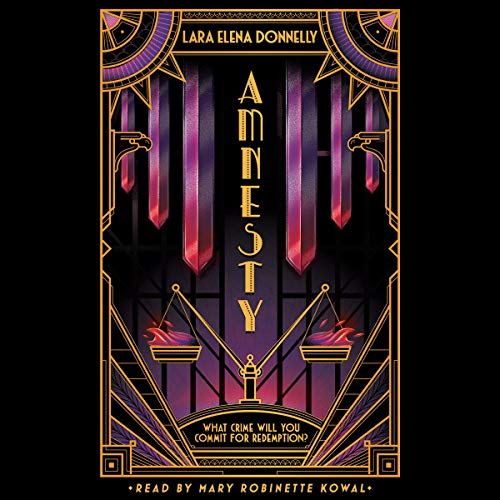 "Mary Robinette Kowal narrates a powerful rumination on the aftermath of war in this third installment of the Amberlough Dossier series...Kowal uses her considerable skills to show how years of war and uncertainty have aged or otherwise transformed characters to heartbreaking effect." —AudioFile Magazine, Earphones Award winner

In Amberlough City, out of the ashes of revolution, a traitor returns, a political campaign comes to a roaring head, and the people demand justice for crimes past. As a nation struggles to rebuild, who can escape retribution?

Amnesty is a smart, decadent, heart-pounding conclusion to Lara Elena Donnelly’s widely praised glam spy trilogy that will have listeners enthralled until the very end.

What listeners say about Amnesty