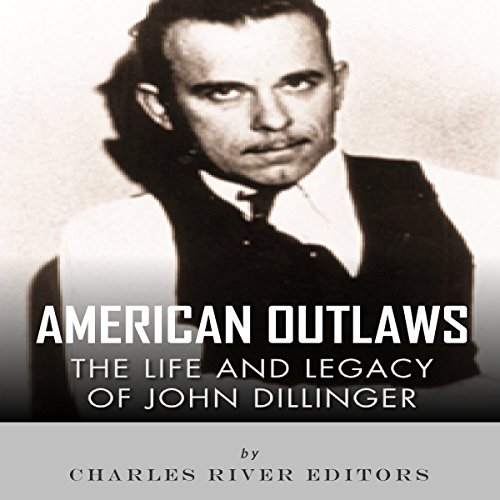 American Outlaws: The Life and Legacy of John Dillinger

"I will be the meanest bastard you ever saw when I get out of here." (John Dillinger)

America has always preferred heroes who weren't clean cut, an informal ode to the rugged individualism and pioneering spirit that defined the nation in previous centuries. The early 19th century saw the glorification of frontier folk heroes like Davy Crockett and Daniel Boone. After the Civil War, the outlaws of the West were more popular than the marshals, with Jesse James and Billy the Kid finding their way into dime novels. And at the height of the Great Depression in the 1930s, there were the "public enemies", common criminals and cold blooded murderers elevated to the level of folk heroes by a public frustrated with their own inability to make a living honestly.

Two months after Franklin D. Roosevelt's inauguration in 1933, a petty thief who had spent almost a decade behind bars for attempted theft and aggravated assault was released from jail. By the end of the year, that man, John Dillinger, would be America's most famous outlaw: Public Enemy Number 1. From the time of his first documented heist in early July 1933, until his dramatic death in late July of the following year, he would capture the nation's attention and imagination as had no other outlaw since Jesse James.

His exploits were real, and in many cases impressive, but Dillinger's importance and legacy have always been partly symbolic. The country was in a panic over a supposed crime wave that some historians believe was more perception than reality, but a new breed of criminal targeting the nation's already vulnerable banks was a potent illustration and metaphor of the way society's institutions and morals seemed to be coming undone.

What listeners say about American Outlaws: The Life and Legacy of John Dillinger