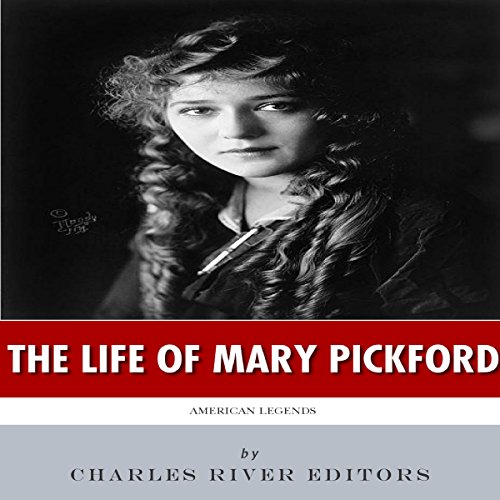 "Make them laugh, make them cry, and hack to laughter. What do people go to the theatre for? An emotional exercise. I am a servant of the people. I have never forgotten that." (Mary Pickford)

At the end of the 20th century, the American Film Institute compiled a list of the 25 greatest actors and actresses in Hollywood over the past 100 years, but only a select few worked all the way back in the silent era of films, before "talkies" revolutionized the industry at the end of the 1920s. Among them was Mary Pickford, who was ranked 24th, but was arguably the most influential actress when it came to creating the career template for all actresses who followed, from name changes to salary.

Like many actresses of the early 20th century, "Little Mary" got her start by acting on the stage, and she eventually made it to Broadway. By the time she had finished her run there, she had caught the eye of film director D.W. Griffith, who would go on to make Birth of a Nation and was working for the Biograph at the time. Pickford figured she would best make a mark by playing as many roles as possible, to the extent that she was appearing in an average of one film per week. "I played scrubwomen, and secretaries, and women of all nationalities.... I decided that if I could get into as many pictures as possible, I'd become known...."

What listeners say about American Legends: The Life of Mary Pickford

Her sister was buried near her too. narration great, but as far as including her sister being buried near her,etc. forget it. As far as the people being disappointed she was older, what did they think? lol The adopted son Ron said she was a good woman. That's coming from a boy who was involved in lots things. If she was terribly bad he would have said so. she had a stroke that is another reason why she couldn't speak well. I wouldn't reccomend this.