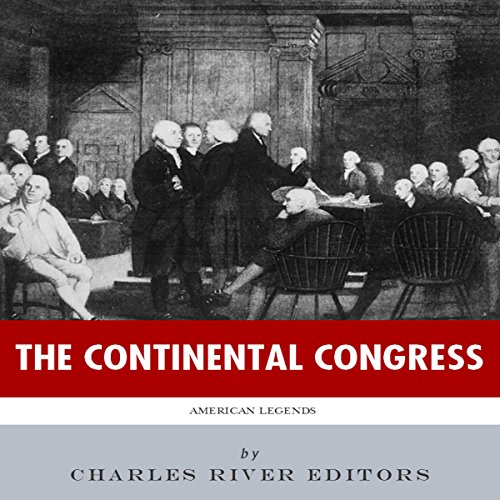 Discusses the seminal work of the Continental Congress, including the Declaration of Independence and Articles of Confederation.

The American Revolution is replete with seminal moments that every American learns in school, from the "shot heard round the world" to the Declaration of Independence, but in many ways the stories of the First and Second Continental Congress have been obscured by other events in revolutionary history.

In the summer of 1774, patriot groups around the 13 colonies communicated with each other and brought about the first council that would unite all of them. That September, 56 delegates who had been chosen by their colonial legislatures to attend the First Continental Congress met in Philadelphia to craft a united response to the Intolerable Acts, debate the merits of a boycott of British trade, declare their rights, and demand redress. The First Continental Congress eventually petitioned the British government to end the Intolerable Acts while also determining to convene again the following summer.

As it turned out, the Revolution would be underway before the Second Continental Congress could convene, and that body would eventually oversee an eight-year war effort. The Second Continental Congress was the first American experiment with a federal government, and it learned important lessons and set several precedents, including civilian control of the military, financing a war effort, negotiating diplomatically with European powers like France, adopting the Declaration of Independence, and creating and implementing the Articles of Confederation.

By the time the Continental Congress gave way to the Congress of the Confederation (which itself gave way to the Constitution), the United States had gone full circle. Once a confederation of individual states that fashioned themselves and operated as separate countries, the United States was now one truly united country, ready to confront the heavy task of governing democratically without the assistance of a hereditary monarch.

What listeners say about American Legends: The Continental Congress