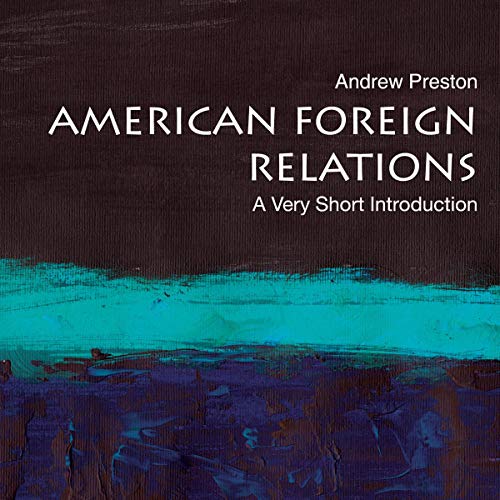 For better or worse - be it militarily, politically, economically, technologically, or culturally - Americans have had a profound role in shaping the wider world beyond them. The United States has been a savior to some, a curse to others, but either way such views are often based on a caricature of American actions and intentions. American foreign relations, then, is a subject of immense global importance that provokes strong emotions and much debate, but often based on deep misunderstanding.

This Very Short Introduction analyzes the key episodes, themes, and individuals in the history of American foreign relations. While discussing diplomacy and the periods of war that have shaped national and international history, it also addresses such topics as industrialization, globalization, imperialism, and immigration. Covering the Revolution through the War on Terror, it examines the connections between domestic politics and foreign affairs as well as the importance of ideals and values. Sharply written and highly engaging, American Foreign Relations offers a clear-eyed narrative of America's role in the world and how it has evolved over time.

I would highly recommend the book

it is a very clear explanation of the history of American Foreign Relations., impartial and objective. It is a very nice book.

I only bought this book because I had a $10 credit I wanted to get rid of. Nevertheless, I was pleasantly surprised. This is an excellent primer to American Foreign Relations for somebody who wants a quick overview. The book does not go into too much depth. But, hey! What do you expect? The book is slightly over four hours long. Nevertheless, it packs a big punch for those few hours.

Even still, I learned a few jewels of knowledge that I did not know before. I would recommend this book as an introductory course to anybody looking for a quick overview. After this book, the reader would have a good foundation to branch out to more in depth studies.