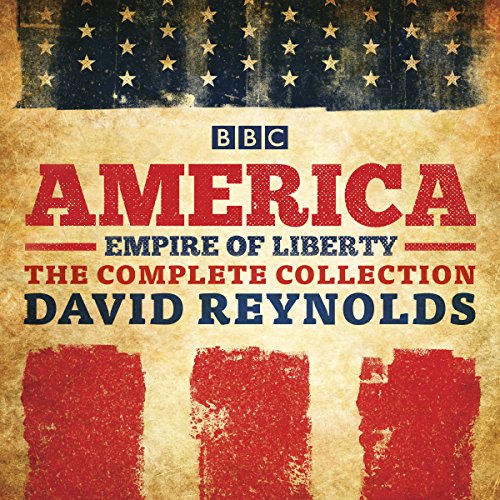 David Reynolds' major BBC Radio 4 series explores the origins of the contemporary Untied States from its beginnings to the present day.

This epic narrative tells America's story through the voices of those who lived it - presidents and farmers, mothers and children, settlers and soldiers, slaves and Indians. The series celebrates the country's achievements but also examines its paradoxes by investigating three abiding themes of American life: empire, liberty and faith.

Empire of Liberty: from the arrival of Native Americans from Asia to the slave trade and the forced relocation of the Indians, the first series describes how the United States expanded to cover a whole continent, laying the foundations of a superpower - if the country could remain united.

Power & Progress: the second series depicts the tragedy and heroism of the Civil War (1861-65), which finally ended slavery - though not racial discrimination - and the dynamism of the reunited nation as it grew into an industrial giant. America's role in the Second World War is also examined.

Empire & Evil: the final series chronicles America's long struggle with the Soviet Union and examines the effect of that confrontation on American values, particularly in Vietnam and Watergate. The country's struggle to overcome its racist past led from the civil rights movement to its first black president. Also examined is the impact of Elvis on popular music, the battle over abortion and the story of the personal computer and the information revolution.

What listeners say about America: Empire of Liberty

I use this for school. The accent is making it hard for me to comprehend the material. Great book.

Easily digestible and entertaining comprehensive history of the USA. The short, 15 minute chapters make it easy to keep up and the performance style keeps it from being dry.

Enjoyed it so much I bought the book too. Hopefully we'll see an update - plenty more recent history to talk about... (the day of the Capitol Hill riots...)

David Reynolds is a fabulous historian... his ability to entertain while weaving the complex history of the United States of America Into a most accessible narrative is remarkable.... In addition to the BBC renowned production skills including actual original sound / archive recordings. This Is essential listening ... excellent..!

David Reynolds is a Ledge

iv watched several of David Reynolds documentaries over the years and I think without a doubt he is one of the best storytellers out there. Empire of Liberty is no exception, a great insight into American history told it in a way which keeps you gripped and interested. A must for any history fans out there. loved it.

Excellent on all fronts, the production and the interpretation. Really enjoyed if it jumped periods when dealing with certain topics. Highly recommend