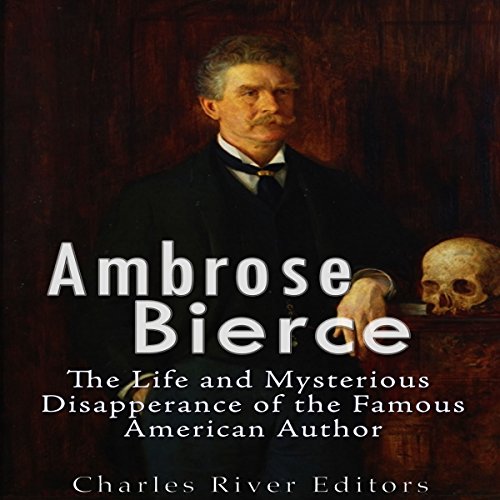 Ambrose Bierce: The Life and Mysterious Disappearance of the Famous American Author

Ambrose Bierce: The Life and Mysterious Disappearance of the Famous American Author

"History is an account, mostly false, of events, mostly unimportant, which are brought about by rulers, mostly knaves, and soldiers, mostly fools." - Ambrose Bierce.

Satirical commentary, memoirs from the agony of war, and horror stories of the supernatural have existed in literature since the beginning of the written word, and in virtually all global societies. The most lauded and familiar examples known to 21st century readers are emblematic of vast literary industries in comparison to previous eras. With an astonishing number of authors at liberty to self-publish and the rapid expansion of the relatively recent film industry, the world has never before seen such a vast expression of such genres.

As a satirist, Bierce was famously dubbed the “Mark Twain of the North.” Inclusion of the "North," however, embodies several points of dissimilarity from the wit of Twain; sharp and lightning-clever like his counterpart from Missouri, Bierce the Ohioan made no pretense to Southern charm or allowed any room for a nuanced interpretation of his remarks. Once atop his profession, Bierce’s venom was spewed at virtually everyone, in almost every walk of life. Any figure of public note in San Francisco came to know him as “Bitter Bierce,” or by his initials, which in public life were often translated as “Almighty God Bierce.”

As a war author, Bierce is the only one of the great literary figures who actually served as a front-line soldier in the American Civil War. Walt Whitman and Twain were somewhat removed from the conflict by comparison. Twain, in fact, “dabbled” at being a soldier before deserting his Confederate unit. Bierce’s often metaphysical and supernatural-tinged memoirs of his war service served as the ideal backdrop for the Poe-like “attraction to death in its most bizarre forms” and an affection for the ghost story as a “campfire tale.” A master of the “ironic style of the grotesque,” he outstripped even Poe in the minds of many readers as “the blackest of black humorists.” H.P. Lovecraft, the most prominent author of the macabre in the early part of the following century, described Bierce’s work as “grim and savage,” but other critics disagree, citing the “detached, oddly companionable” personality of the storytelling that made the horror all the more penetrating. Indeed, many 20th and 21st century novels, short stories, films, and television serials have drawn their success, squarely from Bierce’s models.

In the end, Ambrose Bierce wrote the most interesting story of all by disappearing from the world in a final late-life Mexican adventure, amidst that country’s revolution. A new theory of his demise emerges with each passing year.

What listeners say about Ambrose Bierce: The Life and Mysterious Disappearance of the Famous American Author

I can't remember which horror story it was that made me ask, Who is this guy and why is he only a name to me? A Wikipedia entry revealed that he'd been in an unusual number of battles of the Civil War. How had that affected him? Well, of course he wrote about his experiences and I discovered another thing that Ambrose Bierce was good at.

This brief autobiography summarizes the life of a person very much dedicated to the truth, from childhood until his death, but who ended his life in a swirl of mystery that occupies sleuths into the present day. He was a loner with a troubled family life and probably had what we would call PTSD today. In spite of all this, he was one of the most compelling writers of his time, an adventurer, and a fighter for justice.

The reader is sub par, almost robotic, but it's well worth your time to look into the life history and dramatic death of this fine writer and brave man.