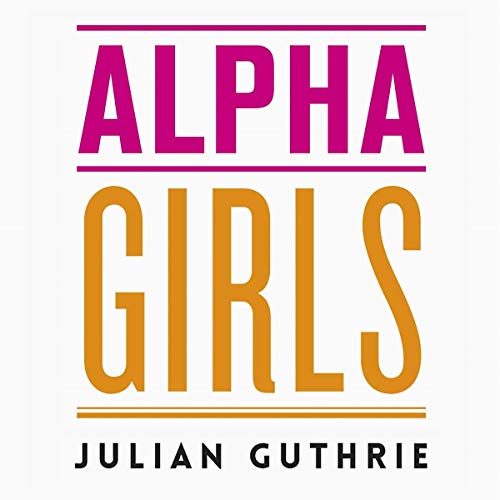 The unforgettable story of four women who, through grit and ingenuity, became stars in the cutthroat, high-stakes, male-dominated world of venture capital in Silicon Valley and helped build some of the foremost companies of our time.

Described as 'the book that the world needs right now' (Adam Fisher, author of Valley of Genius) Alpha Girls is perfect for fans of Hidden Figures, Lean In and The Social Network.

In Alpha Girls, award-winning journalist Julian Guthrie takes listeners behind the closed doors of venture capital, an industry that transforms economies and shapes how we live. We follow the lives and careers of four women who were largely written out of history - until now.

These women, juggling work and family, shaped the tech landscape we know today while overcoming unequal pay, actual punches, betrayals and the sexist attitudes prevalent in Silicon Valley. Despite the setbacks, they would rise again to rewrite the rules for an industry they love. Alpha Girls reveals their untold stories.

"Alpha Girls is the book that the world needs right now...If you are a woman who works, or simply work with women, Alpha Girls is essential reading." (Adam Fisher, author of Valley of Genius: The Uncensored History of Silicon Valley)

"A revelatory, riveting journey into a part of Silicon Valley's history that has been overshadowed for far too long. Through vivid prose and artful story-telling, Julian Guthrie brings to life the nuanced tales of the struggles and successes of women in the technology industry." (Ashlee Vance, author of Elon Musk)

What listeners say about Alpha Girls

I love it. Thank you for sharing your story

Many thanks for the great trail blazers depicted in this book. It was inspiring to hear how you have overcome the male dominance in your field!

An absolutely incredible and the only book about women in venture capital! Fascinating and exciting, I highly recommend it !