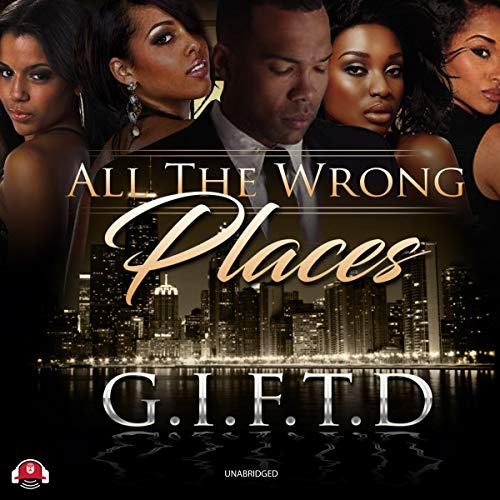 All the Wrong Places

Nice guys finish last...or at least that's what they say. Boon, a lawyer from Chicago, is a hopeless romantic; however, life keeps dealing him a shady hand when it comes to the opposite sex. It seems as though every woman in whom Boon finds interest tears him down.

CiCi, Boon's best friend and former high school sweetheart, tries to be there for him throughout his trials and tribulations, but she isn't quite over him herself. She remains in his corner as he hops from woman to woman, relationship to relationship, getting his heart broken.

Gorgeous and intelligent, Amerie is also a lawyer from Chitown; Boon meets her, and soon, the sparks fly. Boon falls head over heels, and he soon begins to wonder if she is the one. However, the ultimate betrayal soon sends one of the lovebirds into a downward spiral.

Pleasure in paradise turns into the highway to hell, emotions run rampant, and a distraught lover looks for reconciliation - however it can be acquired.

Who said it was better to have loved and lost? After this tale of lost loves, infidelity, and the malevolence it brings about, they'll be forcefully inclined to rephrase that statement.

What listeners say about All the Wrong Places

Narrator was horrible and so was the summary of the story! Do Not waste your time!

At first I was thinking WTH!! I was going to stop reading it, but pushed myself to finish. The narrator was mispronouncing words and at times I felt like he didn't know some of the words. It ended up being good.

The narrator was TERRIBLE and the story line was WEAK. I gave up with about 4 hours remaining. It’s a definite no..

I really liked the narrator in all the other books he has done but with this book i couldn't get into it because it didn't sound like himself. It was more like a computer robot and usually this narrator has a type of swag to the story he reads. Sorry i couldn't get into the book.

what was the point of this book? the narration was horrible, the storyline was pointless and I felt as if I lost hours if my life. I hate wasting money so I struggled to finish