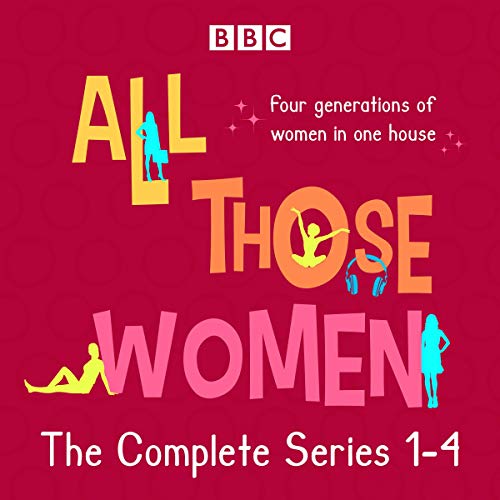 All Those Women: The Complete Series 1-4

All Those Women: The Complete Series 1-4

Starring Sheila Hancock (Series 1) and Marcia Warren (Series 2-4) as Hetty, All Those Women is a comedy series about four women living under the same roof.

All Those Women explores familial relationships, ageing, marriages - it's about life and love and things not turning out quite the way that you'd expected them to. Here we join Hetty, Maggie, Jen and Emily as they struggle to resolve their own problems and support one another.

Also starring Lesley Manville as Maggie, Sinead Matthews as Jen and Lucy Hutchinson as Emily. All Those Women was written by Katherine Jakeaways (North by Northamptonshire, Where This Service Will Terminate).

What listeners say about All Those Women: The Complete Series 1-4

A lovely, sweet and funny comedy that really put a smile on my face!
Great cast and super storyline.

BBC quality at its best. 😁