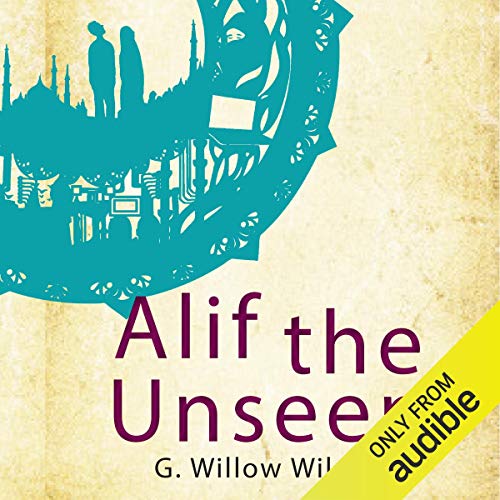 In an unnamed Middle Eastern security state, a young Arab-Indian hacker shields his clients - dissidents, outlaws, Islamists, and other watched groups - from surveillance and tries to stay out of trouble. He goes by Alif - the first letter of the Arabic alphabet, and a convenient handle to hide behind. The aristocratic woman Alif loves has jilted him for a prince chosen by her parents, and his computer has just been breached by the state’s electronic security force, putting his clients and his own neck on the line. Then it turns out his lover’s new fiancé is the “Hand of God”, as they call the head of state security, and his henchmen come after Alif, driving him underground.

When Alif discovers The Thousand and One Days, the secret book of the jinn, which both he and the Hand suspect may unleash a new level of information technology, the stakes are raised - and Alif must struggle for life or death, aided by forces seen and unseen.

"[A] Harry Potter-ish action-adventure romance [that] unfolds against the backdrop of the Arab Spring.... Improbably charming... A bookload of wizardry and glee." (Janet Maslin, The New York Times)
“In Alif the unseen, she uses her powerful imagination and unique perspective as a western convert to Islam to create an unusual, vivid story that hits the ground running barely lets up on the adrenalin-fuelled, reality-bending action.” (Susan Morrell, Sunday Business Post)
“Alif the Unseen deserves extra points simply for offering something different to the usual urban fantasy fare.” (Guy Haley, SFX)
“What would happen if the veil between visible and invisible worlds started to fray? This is the premise of G. Willow Wilson’s brilliant debut novel Alif the Unseen, which draws on Islamic theology, the hacking underworld, Philip Pullman’s His Dark Materials, spy thriller and the events of the Arab spring to weave an “urban fantasy” in which the everyday and the supernatural collide.” (The Observer)
“Wilson an American convert to Islam, has created in this rich, literate novel a profound dialogue between tradition and modernity, belief and non-belief, fairy tale and urban reality. It’s increasingly rare these days to find fantasy that isn’t grounded in familiar western myths, but Wilson refreshingly, and without condescension, uses Islamic folklore to tell a story of state oppression, resistance and hope.” (The Guardian)
"G Willow Wilson's Alif the Unseen stands out as among the most original and challenging books of 2012, and my personal pick for at least one major award in 2013" (Damien Walter, The Guardian)

What listeners say about Alif the Unseen

The most addictive book I've read in years !

I couldn't stop at one chapter, every chapter better than the one before it. each character you picture in your mind so clearly with description of the unseen so vivid that you would swear the author has seen it herself. action, thriller, romance and the unseen world. just brilliant.

'Alif the Unseen' is one of the best Urban Fantasy books I have read so far. It is very appealing to a South-East Asian reader, who is acquainted with the concept of Jinns and understands the context. I enjoyed listening to this book, and would definitely recommend it.

I can't think who would enjoy this, no doubt someone will.

What was most disappointing about G. Willow Wilson’s story?

The characters were poorly drawn and paper thin. I found myself wanting the 'hero' to be discovered by the bad guys early on and put out of his misery.The use of language is often bizarre with invented words like 'presentist' and 'pietist' making an appearance.

The idea of computers and the metaphysical interacting is interesting but that's about all, the execution of that idea isn't too bad either but it is surrounded by what I found to be frankly, a boring, often irritating story.

Would you be willing to try another one of Sanjiv Jhaveri’s performances?

No - UK listeners who remember 'Mystic Meg' on the TV will be reminded of her weird voice that the narrator uses for the voices of the djinn. I found nearly all the voices used for all but the main protagonist are incredibly annoying and distracting.

This started off in a similar way to Arabian Nights set in the modern world and expanded into a fantastical story revolving around demons, jenie and disaffected communities. Interwoven is the the story of the woman behind the burka. I enjoyed it but wasn't completely hooked.

Clever idea, but didn't quite hit the spot for me.

Sanjiv was able to inhabit his characters in a way that brought them to life.

Clever way of getting across Middle Eastern culture and history to a modern listener.

A good fantasy yarn but the accent did grate

I'd recommend it to friends who like fantasy, but I might suggest they find a different narrator or simply read the paper version.

What was one of the most memorable moments of Alif the Unseen?

Accent Occasionally Baffled
While overall the performance was okay, Jhaveri's accent (I think he has an American 'tint' to his accent) confused me. There was a section where Adam was being discussed - as in the first man - but the accent made it sound like he was saying 'Atom' - as in a constituent of matter.
Also, he would take on characters voices and say something like, "in a booming voice he declared..." in a nasal whiny voice far from what was described.
Not a fan of this narrator.

I really enjoyed this book. At times a bit surreal and sometimes not convincing. However well written book, good reader and I would highly recommend it.