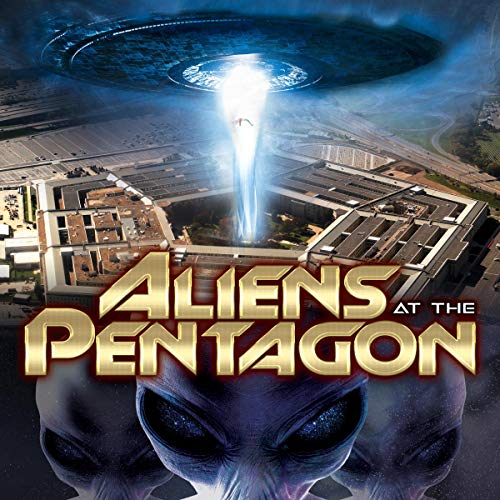 Aliens at the Pentagon

For years, the US government denied they investigated UFOs, so when the existence of a secret Pentagon program to study the phenomenon was revealed in late 2017, the bombshell revelation made headline news around the world. The Pentagon’s classified UFO project was so cleverly hidden, it didn’t even use the term "UFO" in its title. Known as the Advanced Aerospace Threat Identification Program (AATIP for short), this multi-million dollar classified program researched and investigated UFOs, with even Congress knowing nothing about this super-secret unit.

Nick Pope used to investigate UFOs and other unexplained phenomena for the British government, leading the media to call him the real Fox Mulder. Now Nick exposes the secretive workings of the Pentagon’s real-life X-Files unit, using his knowledge and past experience to tell the incredible story as only a true government insider can. Learn the secret history of AATIP - how they studied videos of military jets chasing UFOs, looked at "mystery metals", and even conducted tests on close encounter witnesses. Nick puts the AATIP story into context, revealing how a "believer faction" within government is making its move, and explaining how and why they’ve taken their work out of government and into the private sector. This work takes us tantalizingly close to a definitive explanation of the UFO mystery, but that explanation might not be the one people are hoping for, because the T in AATIP stands for “threat” - and there’s a reason for that.

What listeners say about Aliens at the Pentagon