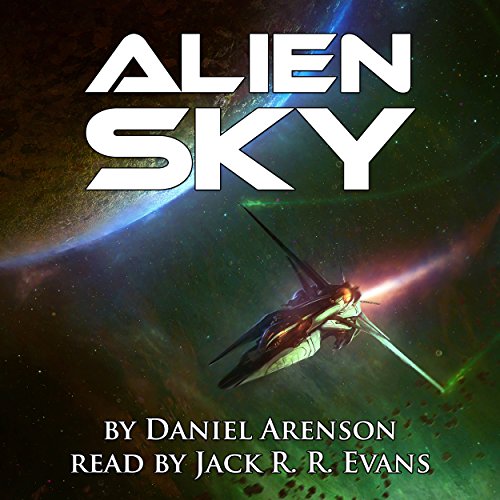 In a distant star system, a planet-sized computer unleashes its hosts: fleets of warships, armies of robots, and a swarm of killer drones. Their purpose is one: destroy all life.

As the cosmos crumbles, one team steps up to the plate: the Alien Hunters.

The Alien Hunters are galactic pest controllers, not an army. Their spaceship is old and clunky. They specialize in crushing the odd space bug, not a fleet of vicious machines. They're a rolled-up newspaper when the cosmos needs an A-bomb.

But they're fast, they're brave, and they're just foolhardy enough to charge right into battle. As the robots spread across the galaxy, slaying all in their path, the Alien Hunters fly out to meet them. The war between life and machine begins.

What listeners say about Alien Sky