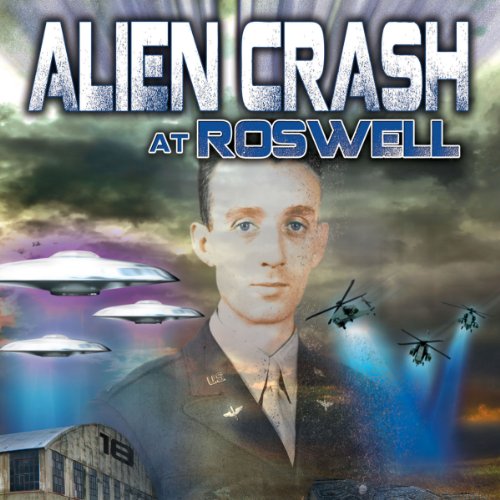 The most enigmatic and universally known UFO incident in history needs only one name: Roswell. Roswell will never fade as it represents the true ushering in of the UFO phenomenon for time immemorial. Dwarfing Orson Wells' War of the Worlds in national and then international hysteria, Roswell was an unparalleled turning point for all of mankind because for the first time almost every man, woman, and child on earth was faced with the reality that we are not alone in the universe.

In early July 1947, Major Jesse Marcel, commander of the most technologically advanced bomb group in the world, discovered the crash site of a downed UFO in the New Mexico desert following a harrowing and record-breaking storm.

Out of honor and duty to his country, Major Marcel was to become the scapegoat for the largest disinformation cover-up effort in world history. What he saw would be a secret he would keep for many years - knowledge about the crash itself and the ensuing battle to keep the incident covered-up by government and military factions. Roswell would be forever entwined in not just Major Marcel's life but that of his children and grandchildren for generations to come. Today, Jesse Marcel III, the grandson of Major Jesse Marcel, tells his grandfather’s story and reveals what has continued to haunt his family for over 60 years - the legacy of Roswell.

Join Philip Coppens, star of the History Channel's Ancient Aliens series in this untold and unprecedented expose on the Roswell Incident.

What listeners say about Alien Crash at Roswell