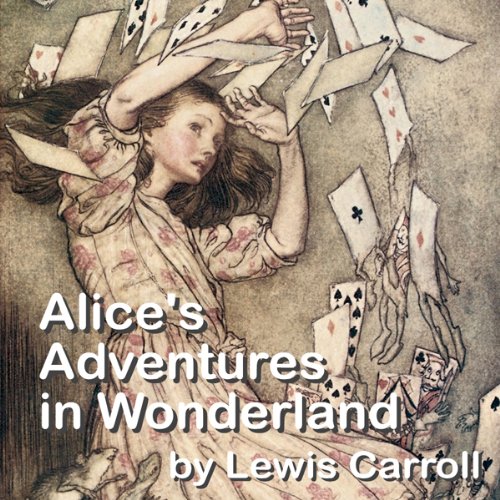 The story of Alice in Wonderland began when the Reverend Charles Dodgson and his friend Robinson Duckworth rowed in a boat up the River Thames with the three Liddell sisters: Lorina (aged 13), Alice (aged 10), and Edith (aged 8). To while away the time during the eight-kilometer journey, Dodgson told the girls a story that, not so coincidentally, featured a bored little girl named Alice who goes looking for an adventure. The three girls loved it, and Alice Liddell asked Dodgson to write it down for her. He eventually did so and gave Alice the first manuscript of what he called Alice's Adventures Under Ground. Later, he printed a more elaborate copy by hand, illustrated it, and presented it to Alice as a Christmas present.

On the advice of a friend, whose children had also loved the story, Dodgson expanded the manuscript and submitted it for publication, under the pseodonym "Lewis Carroll". The initial print run of Alice's Adventures in Wonderland sold out quickly. From the beginning, Alice was a publishing sensation, beloved by children and adults alike. The book has been translated into more than 50 languages and has never been out of print. There have also been many movie versions of the story. The most popular has been the Disney animated movie (1951), but there have also been several live-action films. The best known are the British version made in 1972 and the U.S. version made for TV in 1999. Now you can have this incomparable story read to you or your children. This audio version is a new recording, faithful to Lewis Carroll's book.

What listeners say about Alice's Adventures in Wonderland

An excellent read..I can see where Monty Python got there humor :-)

I had never read Alice in Wonderland before, thinking that it was mainly for children. But it is very sharp witted satirical in nature unlike anything Disney could possibly show. It is definitely not merely a childs story.