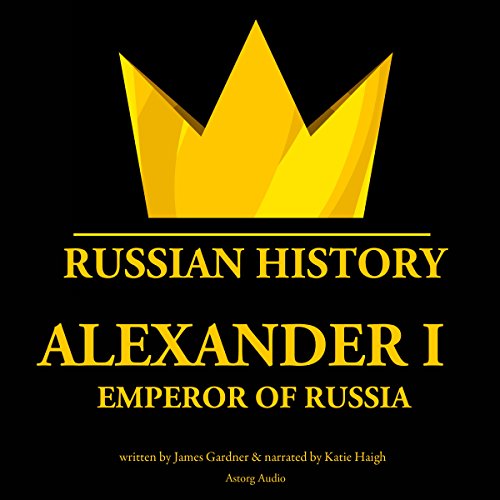 Alexander I, Emperor of Russia

Tsar Alexander I was the grandson of Catherine the Great. He became Tsar after his father Paul I was murdered and ruled Russia during chaotic period of the Napoleonic Wars. In Russian history, he is known as “Alexander the Blessed”. A legendary ruler, he led his country to one of her greatest triumphs, against Napoleon, although he was often viewed as an enigma by his contemporaries.

Discover the life and struggles of one of the most influential rulers through this precise, clear and thorough presentation.

What listeners say about Alexander I, Emperor of Russia