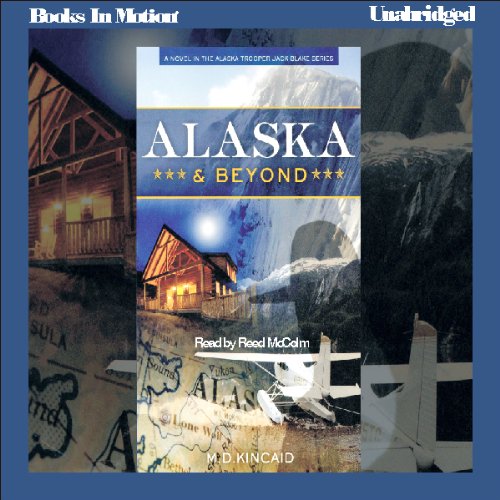 It has just been four months since Alaska Trooper Jack Blake asked Wildlife Trooper Jet Torsen to marry him on the ice of this very remote, wind-blown lake. Only that day was darker. Darker and much colder. If it were not for Jet killing the man trying to take his life, Jack would not be here. And there would not be a wedding today. The pastor is ready to join Jack and Jet in holy matrimony. The guests are already partying. Suddenly, the ceremonies are interrupted by the familiar WHOP, WHOP, WHOP of the Alaska State Trooper helicopter. The pilot pleads for help in stopping a killer who is holding hostages. There are only two troopers for the job. Their marriage will have to wait.

Ending the day for a crazed-killer is nothing compared to the challenges Jack and Jet face next. Most people fear grizzly bears-with good reason. Jack Blake has spent enough time in the Bush that he is more comfortable hiking in bear country, than wandering around a city with millions of people. Blake puts that aside to track what the Alaska Attorney General suspects is a rogue fellow trooper on a killing-spree in the Lower 48.

Jack meets people and sees things he never knew existed. But, when it comes down to the basics, he uses the same skills in L.A., Phoenix, Salt Lake City, and Idaho as he uses to survive in Alaska. Jet has her own mission. Assigned to investigate the serial killings of young women by a Bush pilot/trophy hunter, Jet goes undercover. She purposely becomes the target. Bush planes, guns, defensive tactics, and sheer willpower. Is that enough for the troopers to survive their intertwining investigations?

Great book, I highly recommend it.

I have listened to all three books and they are all very good, I gave all five stars.

Great story from the heart

I appreciate M. D. Kincaids simple rythmatic story telling techniques. A simple tale that had me sitting up at night to hear more. A natural! Reem McColm timbre makes the words blend into a tale. Excellent.

The story itself is pretty cloying to start with, but the narrator is awful. He butchers the pronunciation of place names all over the western U.S., including Alaska, with regularity. Apparently the audio editor was just as uninformed. But even forgiving the consistent mispronunciations the characterizations are cheesy throughout.