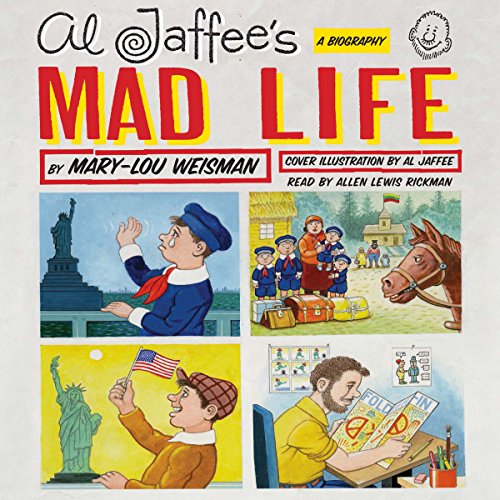 Jaffee’s inventive work has enlivened the pages of MAD magazine since 1955. To date, he has pickled three generations of American kids in the brine of satire, and he continues to bring millions of childhoods to untimely ends with the knowledge that parents are hypocrites, teachers are dummies, politicians are liars, and life isn’t fair.

Jaffee’s work for MAD has made him a cultural icon, but the compelling and at times bizarre story of his life has yet to be told. A synopsis of Jaffee’s formative years alone reads like a comic strip of traumatic cliff-hangers with cartoons by Jaffee and captions by Freud.